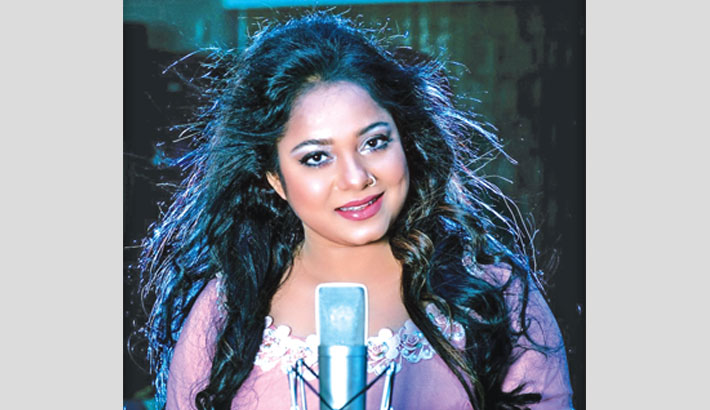 Doly Shaontoni, one of the popular singers of the 90s’, presented many hit numbers to the audience. She has also made her mark as a playback singer. After a long hiatus, the singer has lent her voice recently to two songs in a film titled ‘Bhul Manush’.

Among the songs, one is a duet and another is single. Popular singer Imran Mahmudul sung with her in the duet track titled ‘Du Haat Barao’. The song has been written by Sudip Kumar Dip and the music is composed by Shamim Mahmud.

The music of the single track ‘Nachuni Buri’ has been directed by S Pulok.

About the songs, Doly Shaontoni said, “After a long time I’ve lent my voice to two songs in a movie. The songs are very beautiful. One of the songs is melodic and another is rhythmic. I hope, the music lovers will like the songs.”

Doly Shaontoni is a popular singer of the country. She released 15 solo albums, mixed albums and also sings in over 700 films. Her notable songs are ‘Kalia’, ‘Hey Jubok’, ‘Nitaigonj’, ‘Amar Matir Gase Lao Dhoirase’, and others. Her first playback song was for the film ‘Utthan Poton’ in 1992.