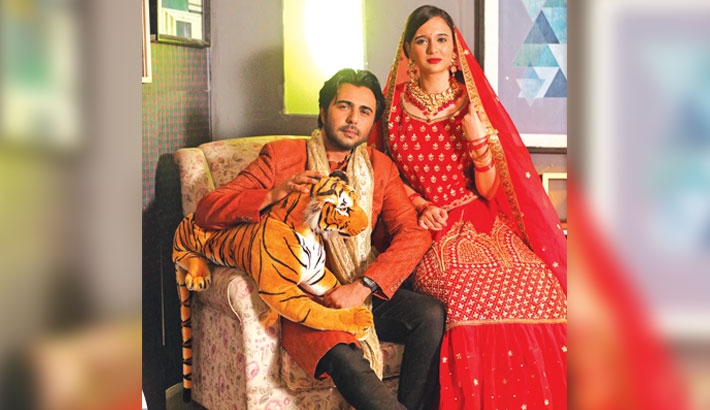 Celebrated actor Ziaul Faruq Apurba has acted under Rubel Hasan’s direction once again in a single-episode drama titled ‘Agdum Bagdum’. In the drama, Apurba will be seen opposite actress Sabila Nur.

Based on the story of Apurba, the play has been scripted by Rajib Ahmed. The drama also stars Shahidul Alam Sachchu, Saberi Alam, and others.

In the drama, Apurba is a middle-class young man who lives with his mother and younger brother. He is unemployed and his younger brother works in a shop. Apurba also gets work in the same shop where his brother works. But on the first day, Apurba bust-up with a customer (played by Sabila). She complains against Apurba to the shop owner. For that, Apurba and his brother lose their job. Then the story makes a dramatic turn!

About the drama, Rubel Hasan said, “The story of ‘Agdum Bagdum’ is written by Apurba Bhai. We have recently completed the project. I can say, this will be one of my best works. I hope, this drama will also well accepted by the audience.”

‘Agdum Bagdum’ will be released on the YouTube channel of CMV on the occasion of the upcoming Eid-ul-Azha.

Earlier, Apurba worked under Rubel’s direction in ‘Mr. & Ms. Chapabaz’ in last year Eid-ul-Azha. The drama got huge response and crossed 10 million views on YouTube within a very short time after its release. The actor-director duo has also recently collaborated for the drama’s sequel ‘Chapabaz Unlimited’, which also stars Mehazabien Chowdhury.