Are We Prepared to Protect Youth from Drugs? 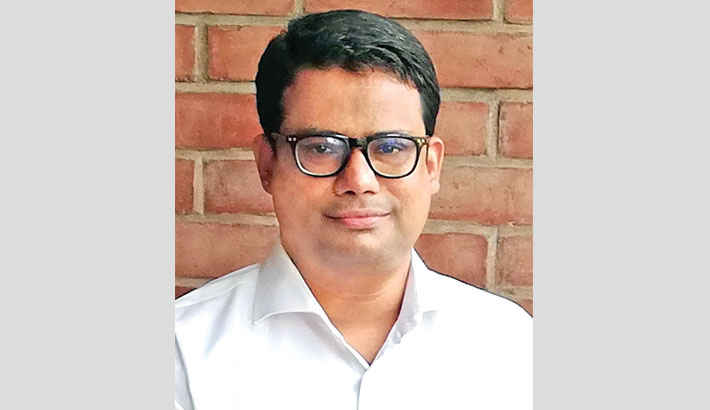 An investigation into the recent death of a university student has revealed a trend of the young generation using LSD or Lysergic Acid Diethylamide. The body of Hafizur Rahman, a student of Information Science and Library Management Department of Dhaka University, was recovered from behind the Central Shaheed Minar on 15 May 2021. According to eyewitness statements, Hafeez cut his throat himself with a coconut seller’s chopper.

Police then went to find the cause of the unusual death and arrested three private university students in Dhaka. After interrogating them, the police got information about the horrendous drug LSD. It is known that this drug is being brought to the country from abroad. This highly expensive drug is spreading among the elite young. Although LSD is a very long-gone drug, its use is now widespread in Bangladesh.

In the 1950s, LSD was used to carry out scientific research in psychotherapy in the United States, but people soon began abusing ‘acid’, as it is popularly called, for recreational purposes. Psychologists attempted trials to use the substance for treating alcoholism, reducing the suffering of terminally ill cancer patients. However, the US government tried to curb it as subcultures surrounding the abuse of hallucinogens rose in the following decade.

It is one of the most potent, mood-changing chemicals. It is manufactured from lysergic acid, which is found in the ergot fungus that grows on rye and other grains. It is produced in crystal form in illegal laboratories, mainly in the United States. These crystals are converted to a liquid for distribution. It is odourless, colourless, and has a slightly bitter taste.

The effects of LSD are unpredictable. Effects depend on the taken amount of the drug, the person’s mood and personality, and the surroundings in which the drug is used. It is a roll of the dice. Normally, the first effects of LSD are experienced thirty to ninety minutes after taking the drug. The body temperature can become higher or lower.

LSD users often experience loss of appetite, sleeplessness, dry mouth and tremors. Visual changes are among the more common effects- the user can become fixated on the intensity of certain colours. Extreme changes in mood, intense terror, are also experienced. The worst part is that the LSD user is unable to tell which sensations are created by the drug and which are part of reality (Foundation for a Drug-Free World).

In Bangladesh, about 7.5 million people are addicted to drugs (Kaler Kantho, 29 May 2021). Rapid urbanisation, population growth, massive use of ICT and smartphones, lack of social awareness, etc. are also responsible for increasing drug addiction. Most drug users blame ‘peer pressure’ or bad company as the main ‘pull factor’. Besides, curiosity, family unrest, failure in love and the negative effects of sky-culture are primary reasons for addiction.

On the other hand, due to the Covid-19 pandemic, the government announced the shutdown of all types of educational institutions, including universities, from 16 March 2020, which has not been extended till today. Meanwhile, public examinations of PSC, JSC, HSC and all classes have been cancelled. Educators say many students are addicted to drugs because of the long-standing shutdown of educational institutions.

But whatever the reason, the state cannot avoid her responsibility. Earlier on 16 August 2013, a girl named ‘Oishee Rahman’ killed her parents in a flat in Chamelibagh, Dhaka. It has been proved in court that she has done such heinous deeds because she was addicted and her family’s role was not appropriate. The court said on this issue that the parents are the primary teachers for the children.

Oishee’s pocket money was one lakh taka for each month. What was the salary of her police officer father that the girl was given one lakh taka? It is not difficult to understand that this money comes from illegal sources. When a child raised on illicit earnings goes astray, the responsibility cannot be avoided by parents and society. What ideals are we setting for our young generation?

On 30 May 2021, police arrested five more private university students with 200 strips of LSD imported from the Netherlands. We must remember that behind every crime, there is a source of illicit money. Now, the young generation of our society is looking around them with drug addicts, rapists and corrupt people.

Hafizur Rahman and Oishee Rahman’s offshoots have brought to the fore image of the erosion and decay of social values. Our young are being nurtured with the money earned through the illicit and corruption of their parents. These parents are not even giving quality time to their children. More important than punishing these three/five students is the provision of extreme punishment for those responsible for this decay.

Since the spread of LSD is a heinous social disorder, it can be remedied through social movement, mass awareness and active resistance of the people- from parents to educational institutions, neighbourhoods to society and to build a movement to express widespread hatred against the use of LSD. The practical application and strict provisions of the existing laws on drug production, smuggling, use, sale, etc. should be ensured.

There is a saying in medical science that ‘prevention is better than cure’. In youth, healthy physical and mental development that takes place through the practice of sports, music, art and literature, is now in disrepair. The lack of practice of cultural activities creates a frustrated generation. Then the drug dealers and peer pressure tried to take advantage of it. They get a chance to mislead the young generation.

In his novel ‘Les Miserables’, Victor Hugo portrayed the depravity of society and made a humanitarian plea to hate sin and to show compassion to sinners. It is the responsibility of the family, society, educational institutions, the media and above all the state to create an environment for the young generation to flourish properly by fulfilling all their positive rights with healthy physical and mental growth.

It would be ill-fated for us if we now started the politics of blaming each other for the spread of the horrendous drug called LSD in our country. Many say that the number of drug addicts in the young is increasing alarmingly due to non-compliance with religious rules. We need to keep in mind that ‘Yaba’ has been a deadly addiction to our young generation for many years.

Before there was ‘Phensedyl’, now there is LSD! This is not the end; it’s inevitable that something worse will come in the future. So, are we prepared to protect our young generation from the drug LSD or the horrendous drug of the future? Here ‘we’ does not mean just the victim or the police. ‘We’ mean our family, society, mass media, educational institutions and the state.

Our young generation is addicted to LSD, it is not just a single-family problem published in the newspaper. It could be a family problem at any time, on my own or at the moment reading this article. Therefore, the family, society, mass media, educational institutions, the state all need to be prepared to protect our young from the drug LSD or the horrendous drug of the future.

The writer is an ex vice-principal

of a collegiate school