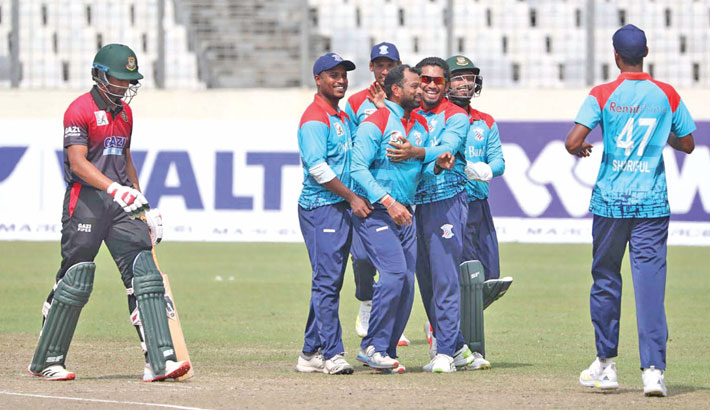 Kapali finished with 3-16 in his four overs to help his team restrict Gazi Group for 125-9 in their stipulated 20 overs before he played an unbeaten 21 off 15 balls to chase down the target and reach 129-8 in 19.5 overs in a low-scoring nail-biting contest.

The win also ensured Prime Bank sitting on top of the league table with 22 points before they play their final two round matches against Prime Doleshwar Sporting Club and Abahani Limited respectively. 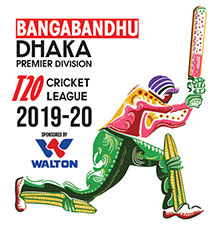 Prime Doleshwar and Abahani earned 19 and 20 points respectively after the end of the second round of Super League. Prime Doleshwar faced Abahani in Wednesday’s last match.

Earlier in the day’s first match, Sheikh Jamal Dhanmondi Club beat Mohammedan Sporting Club by seven wickets at the same venue. Despite Shamshur Rahman and Parvez Hossain making 49 and 46 runs respectively, Mohammedan could only score 133-9 in 20 overs after being sent to bat first.

In reply, Sheikh Jamal reached 137-3 in 19 overs with Mohammad Ashraful and Nurul Hasan making 38 and 36 not out respectively.

Meanwhile, Partex Sporting Club finished their campaign winless as they suffered a 27-run defeat against Legends of Rupganj in the last Relegation League match at the BKSP-3 on the same day.

Mehedi Maruf struck 94 off 63 balls while Jaker Ali made 76 off 48 balls as Rupganj scored 200-3 in 20 overs before restricting Partex to 173-8 in their stipulated overs.

Partex’s Isharul Islam (38 not out) and Jaynul Islam (37 not out), however, created a new world record in the game by putting up an unbroken 73-run stand for the ninth wicket, overtaking the previous 69-run record stand by Corey Anderson and Joe Davy in 2016 during a T20 match in England T20 Blast.

Rupganj earlier confirmed their participation in the next DPL after beating Old DOHS in their first Relegation League match on Tuesday. Partex were also relegated to the first division alongside Old DOHS.