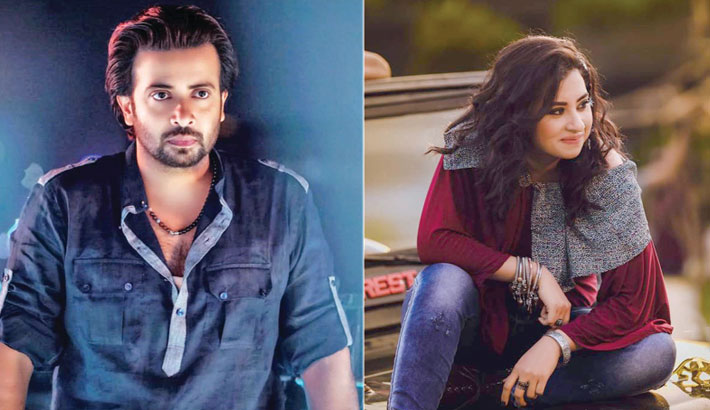 The shooting of Shakib Khan and Bubly starrer upcoming film ‘Leader- Ami e Bangladesh’ is going on at different locations in the capital. Sixty percent filming of the movie has already been completed.

The first lot shooting took place in the capital’s Uttara area from May 25 to June 2. After taking a short break, the shooting began again on June 12 at Bangladesh Film Development Corporation (BFDC) and continued till June 22.

After two days break, the shooting of the film begins today at BFDC.

Produced by Bengal Multimedia, the film is being directed by Topu Khan. Through the movie, Topu Khan will make his debut as a silver screen director.

About the movie, Bengal Multimedia director Syed Ashik Rahman said, “The shooting of the movie began on May 25 as per the schedule. All the artistes of the film are taking part in the shooting by maintaining all health guidelines. In the meantime, sixty percent shooting of the film has been completed. We’re trying our level best to release the film on the occasion of upcoming Eid-ul-Azha.”

Director Topu Khan said, “It is my debut film as a director. Shakib Khan, Bubly and other artistes are very cooperative. They’re doing their jobs wonderfully. I’m grateful to Bengal Multimedia and others who are related to the movie ‘Leader Ami-e Bangladesh’. I hope we will present a good movie to the audience.”

To note: Bengal Multimedia signed a contract with Shakib, Bubly and Topu Khan for the movie on February 8 this year.