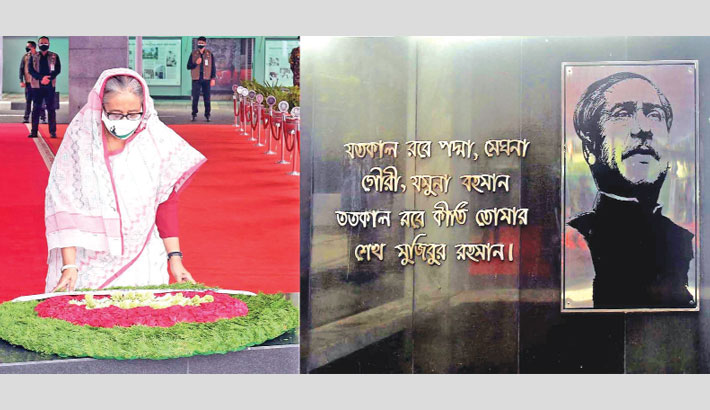 Bangladesh Awami League (AL), one of the oldest and biggest political parties of the country, celebrated its 72nd founding anniversary on Wednesday on a limited scale due to the Covid-19 pandemic.

To mark the day, national and party flags of Awami League were hoisted atop at all party offices across the country including its central office on Bangabandhu Avenue at dawn.

As part of the party programme, Prime Minister Sheikh Hasina paid glowing tributes to Bangabandhu Sheikh Mujibur Rahman by placing a wreath at his portrait at Bangabandhu Memorial Museum at Dhanmondi-32 in the morning.

After laying the wreath, Sheikh Hasina, also the president of Awami League, stood in solemn silence for sometimes as a mark of profound respect to the memory of Bangabandhu. A delegation, led by AL General Secretary Obaidul Quader, paid rich tributes to Bangabandhu by placing a wreath at his portrait at Dhanmondi-32 at around 9:00am.

On behalf of AL’s central executive committee, a delegation, led by AL presidium member Faruk Khan, paid glowing tributes to Bangabandhu by placing wreath at the grave of the great leader at Tungipara in Gopalganj at 10:30am.

To mark the day, AL President Sheikh Hasina addressed a discussion at 4:00pm through videoconferencing from her official Ganabhaban residence while top leaders of the party joined the discussion from the party central office on Bangabandhu Avenue at Gulistan.

On June 23 in 1949, one of the country’s oldest political parties Awami League started its journey from the historic Rose Garden in Old Dhaka. 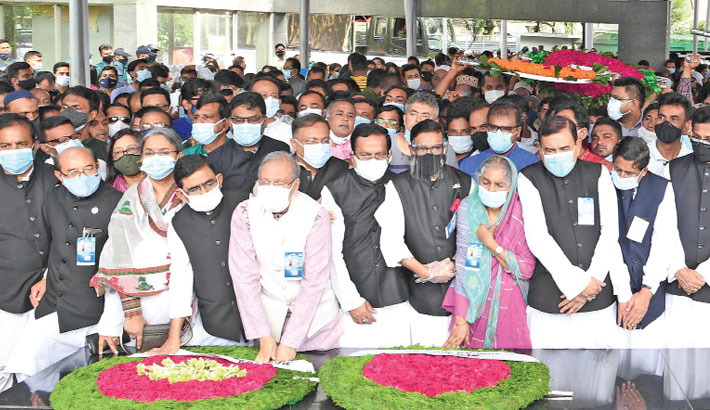 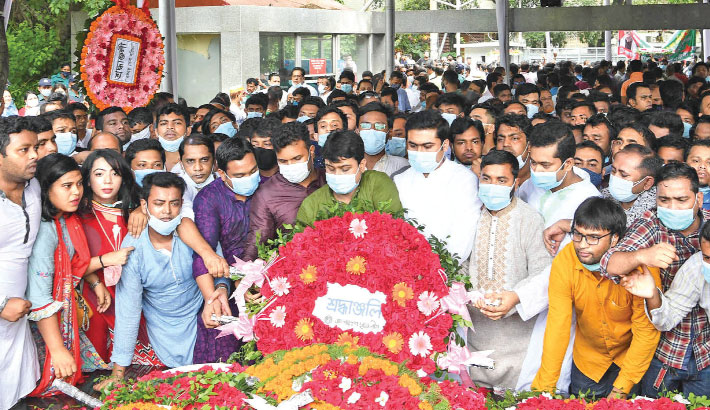 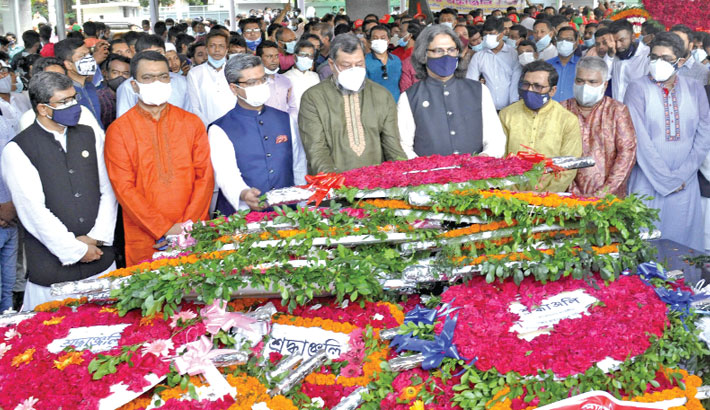 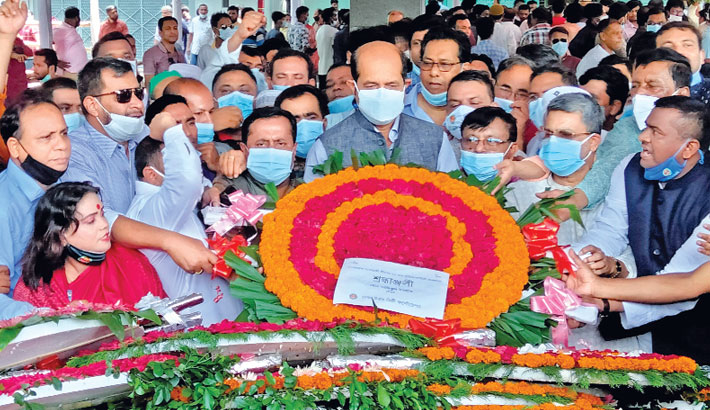 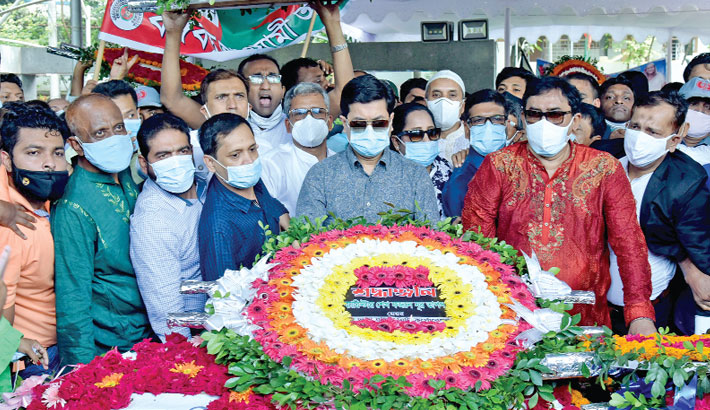 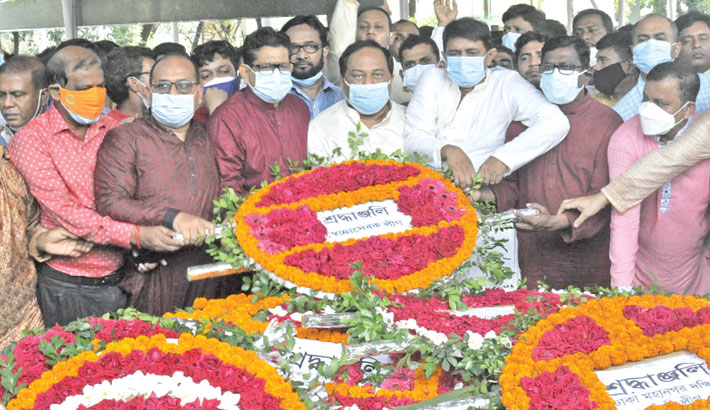 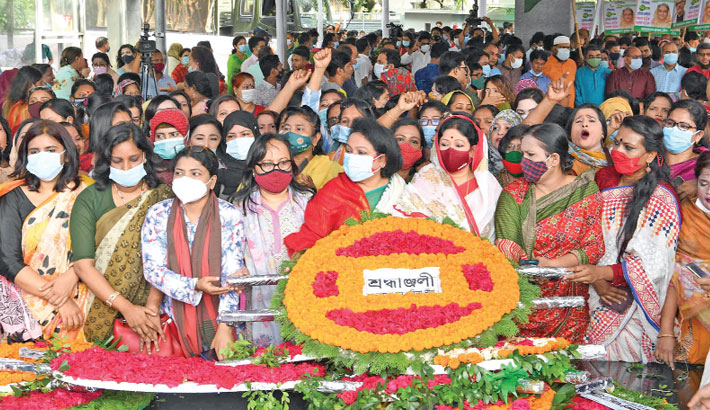 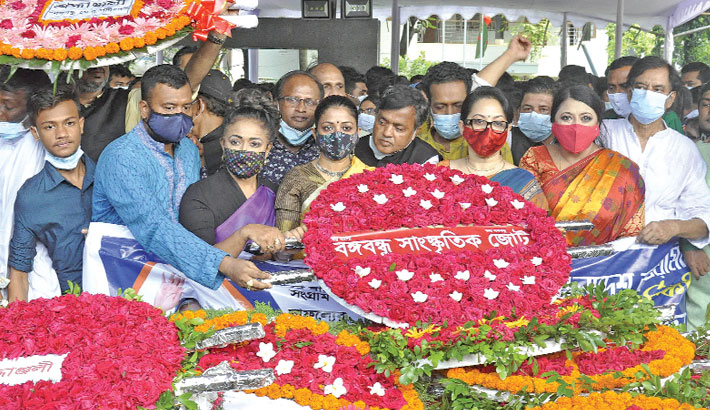