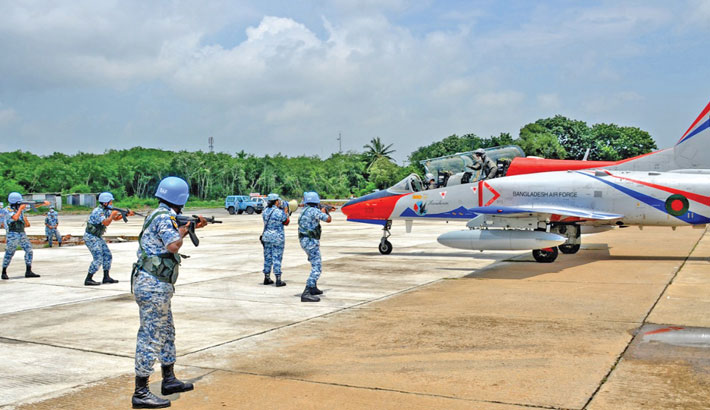 The aim of this exercise is to assess and evaluate the efficiency and capability of BAF Air Defence and identify the weaknesses and draw lessons for further improvement in air defence system.

As a part of the exercise, the pilots of BAF practised different air combat manoeuvres and tactics including attack and interception by the fighter aircraft, surveillance from the air to the enemy attacking area, protecting Air Bases, transporting weapons and special operations.

All types of BAF fighter aircraft, transport aircraft, helicopter, radar squadrons and air defence missile units participated in the exercise. The exercise will help to identify the limitations and draw appropriate lessons for improvement in future.