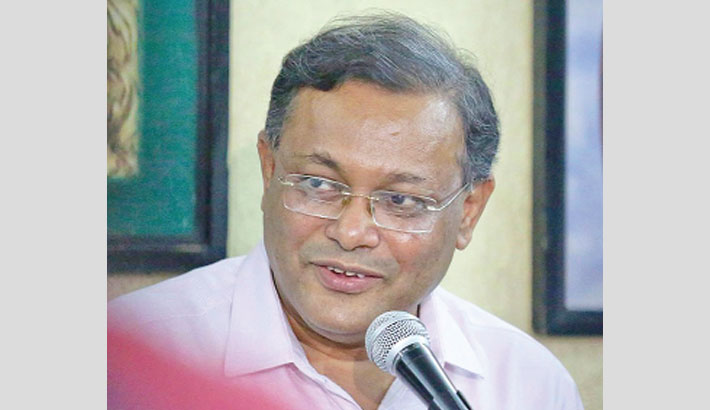 Information and Broadcasting Minister Dr Hasan Mahmud on Wednesday said that Bangladesh has changed radically under the leadership of Prime Minister Sheikh Hasina.

Hasan, also the joint general secretary of Awami League, said this while addressing a discussion on Bangabandhu Avenue in the capital marking the party’s founding anniversary.

The AL spokesperson said that Bangladesh emerged as an independent nation under the leadership of Father of the Nation Bangabandhu Sheikh Mujibur Rahman.

Speaking at another programme at the secretariat office, Hasan said all the achievement of the country has been made by Awami League.

Earlier, the minister unveiled an album titled ‘Our freedom, our independence’ by 50 Hawaiian guitarists marking golden jubilee of the country and birth centenary of Father of the Nation Bangabandhu Sheikh Mujibur Rahman.

The minister also urged the authorities concerned to air programmes of Hawaiian guitarists on Bangladesh Television and in the Bangladesh Betar.

Leader of Hawaiian Guitar Artist Council Kabir Ahmed, Shafiullah Khokon, Farhad Aziz and Abdur Rouf, among others, were present at the programme.