No force can isolate AL from people: Quader 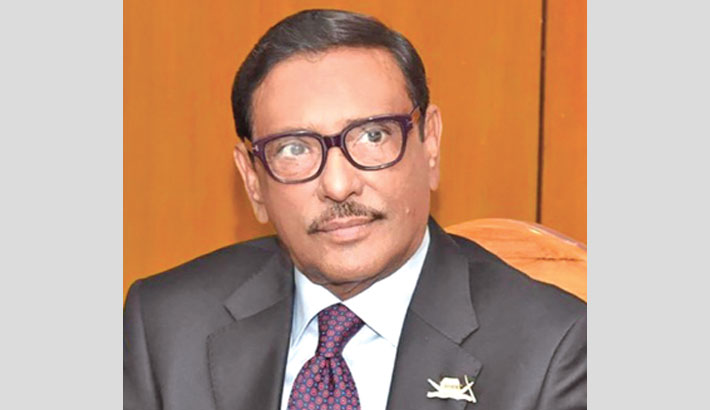 Road Transport and Bridges Minister Obaidul Quader on Wednesday said no force can separate Awami League (AL) from the countrymen.

“The Awami League was with people in the past, it is with them and will be with them in the future. No conspiracy can keep the AL away from the country’s soil and its people,” he said.

Quader, also the AL general secretary, said this after placing a wreath at the portrait of Father of the Nation Bangabandhu Sheikh Mujibur Rahman at Dhanmondi-32 marking the party’s 72nd founding anniversary.

The AL spokesperson said the 72-year-old Awami League is steeped in history of struggle, pride, development and achievements.

“From Bangabandhu to Sheikh Hasina – we have been upholding the tradition. And this tradition of struggle, pride, development and achievements will continue in the future.”

Quader said the pledge of the AL on this day is to reconstruct Sonar Bangla, which the Father of the Nation dreamt about, under the leadership of Prime Minister Sheikh Hasina by uprooting the anti-liberation and communal forces.

Addressing a discussion on Bangabandhu Avenue with AL President and Prime Minister Sheikh Hasina in the chair, Quader said Awami League is still an evergreen party under the leadership of Sheikh Hasina.