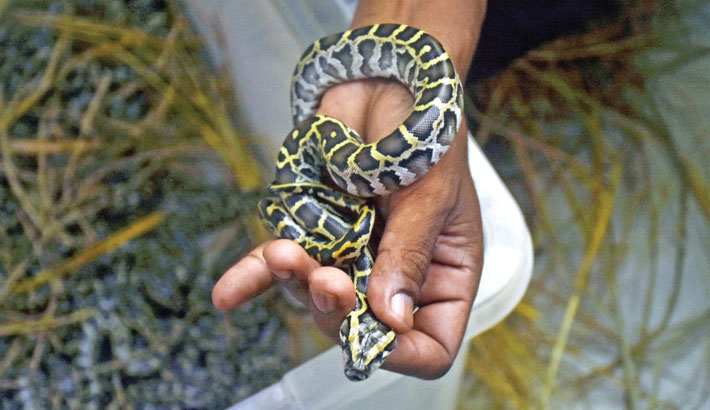 CHATTOGRAM: A total of 28 pythons have hatched out at Chattogram Zoo, adding new guests to the cold-blooded animal family.

Dr Shahadat Hossain Suvo, physician and deputy curator of the zoo situated in the city’s Foy’s Lake area, said 28 out of 31 eggs that were preserved in incubators at different temperatures hatched on Tuesday after 67 days.

The new guests will remain at the incubators until they get new skins and then they will be fed, he said.

The pythons will be released at natural habitat after a change in their skins following the directive of the deputy commissioner of Chattogram district, Suvo added.

Earlier, a total of 25 pythons were born at incubators of the zoo in June 2019.

It had been the first artificial birth of pythons in the country’s history, the authorities then claimed.

At present, there are 22 adult pythons at the zoo.

There are now some 300 animals of 51 species for display at the Chattogram Zoo, which was established in 1989.