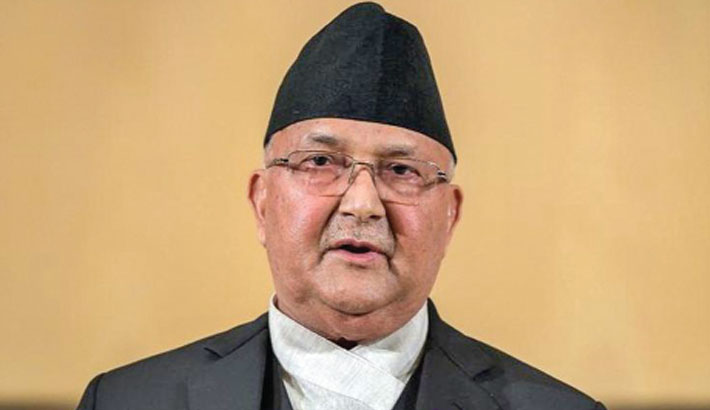 “This is an interim order and the court will give its final verdict later,” court official Bhadrakali Pokharel told Reuters on Wednesday, a day after the decision by a two-judge bench. With the Himalayan country struggling to contain a deadly second wave of COVID-19 infections and beset by political turmoil, Oli lost a vote of confidence in May as a result of factional infighting within his Communist Party of Nepal (UML).

Oli dissolved parliament and ordered fresh elections for November, while staying on as caretaker prime minister until the elections are held. The Supreme Court is set to begin hearing dozens of petitions on Wednesday challenging Oli’s dissolution of parliament.

In a bid to hold onto power and ditch opponents within his own party, Oli ealier this month dropped most ministers from his cabinet, and named 20 replacements, who were mainly members of a junior coalition partner. The ministerial appointments had been “against the spirit of the constitution”, the Supreme Court judges said, as Oli was only a caretaker prime minister.

The court’s removal of the 20 ministers means the cabinet is left with just five members, including the prime minister.

“The prime minister had completely disregarded the constitution in making the appointments … the court has applied a brake to this,” petitioner Dinesh Tripathi said.

There was no immediate comment from Oli but his aide Rajan Bhattarai said the government would comply with court order, though he described it as “politically incorrect”.

While Nepali politicians are locked in a power struggle the coronavirus continues to spread, with levels of testing and vaccination both woefully inadequate. Still, official data suggested that the second wave probably peaked in May. Some 3,703 new infections were reported on Tuesday, compared with a daily peak of 9,305 reported on May 12.

Nepal plunged into a political crisis on December 20 last year after President Bhandari dissolved the House and announced fresh elections on April 30 and May 10 at the recommendation of Prime Minister Oli, amidst a tussle for power within the ruling Nepal Communist Party (NCP).

In February, the Supreme Court reinstated the dissolved House of Representatives, in a setback to the embattled prime minister who was preparing for snap polls.

Oli repeatedly defended his move to dissolve the House of Representatives, saying some leaders of his party were attempting to form a “parallel government”.