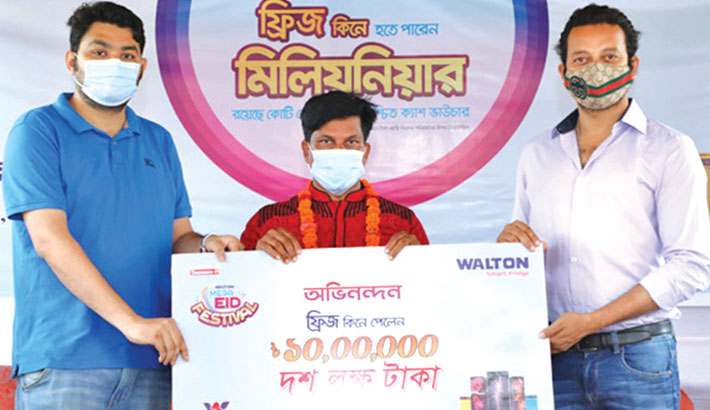 The Walton fridge’s another millionaire Hanif Sarder also received a cheque for Tk 10 lakh at Araf Traders, a Walton distributor at Goalanda in Rajbari recently.

Walton is conducting ‘Digital Campaign’ across the country to accelerate the initiative of building customer database for delivering online based swift and best after sales service.

With one-year replacement facility on refrigerators, Walton is providing a 12-year guarantee on compressors. Walton is delivering swift after sales to the home appliances users through its 76 service centers across the country.