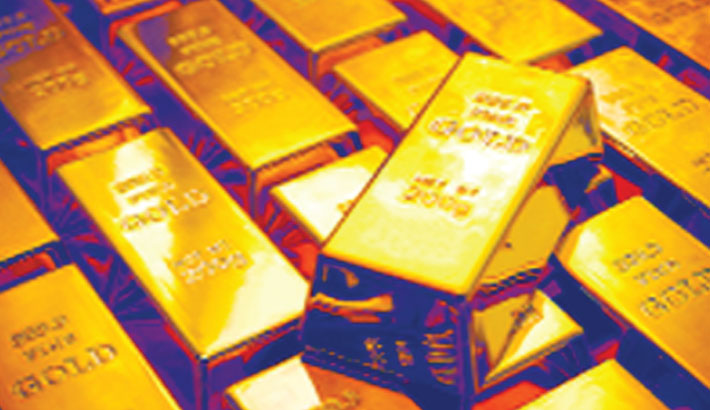 BENGALURU: Gold prices gained on Wednesday after US Federal Reserve Chair Jerome Powell promised not to raise interest rates too quickly based only on the fear of coming inflation, although an uptick in the dollar kept prices in check.

Powell on Tuesday reaffirmed the US central bank’s intent to encourage a “broad and inclusive” recovery of the job market.

Gold tends to appreciate on expectations of lower interest rates, which reduce the opportunity cost of holding non-yielding bullion.

Meanwhile, the dollar index rose 0.1 per cent against its rivals, making gold more expensive for holders of other currencies.

Bank of Japan board members agreed that the massive stimulus measures deployed by advanced nations may help quicken the pace of recovery in the Japanese and global economies, minutes of their April policy-setting meeting showed. Japan’s factory activity expanded at the slowest pace in four months in June, in a sign momentum in the world’s third-largest economy was levelling out before Tokyo is set to host the Olympic Games next month.