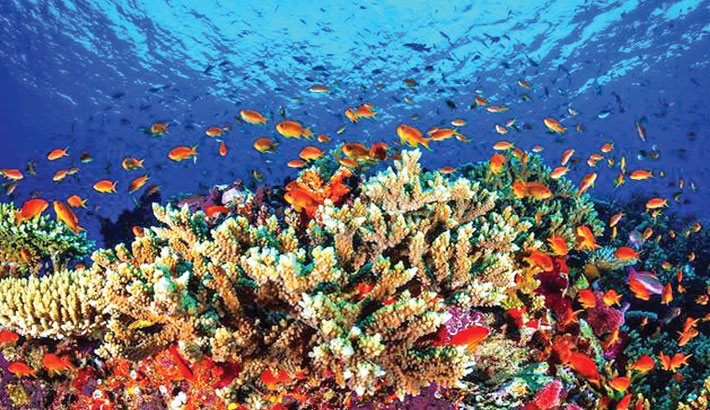 Australia’s government has lashed out after a United Nations report claimed it had not done enough to protect the Great Barrier Reef from climate change, reports BBC.

UN body Unesco said the reef should be put on a list of World Heritage Sites that are “in danger” due to the damage it has suffered.

Key targets on improving water quality had not been met, it said.

Environment minister Sussan Ley said UN experts had reneged on past assurances. She confirmed that Australia planned to challenge the listing, which would take place at a meeting next month, saying: “Clearly there were politics behind it; clearly those politics have subverted a proper process.”

The World Heritage Committee is a 12-nation group chaired by China, which has had a vexed diplomatic relationship with Canberra in recent years.

“Climate change is the single biggest threat to all of the world’s reef ecosystems... and there are 83 natural World Heritage properties facing climate change threats so it’s not fair to simply single out Australia,” said Ley.

“The recommendation from Unesco is clear and unequivocal that the Australian government is not doing enough to protect our greatest natural asset, especially on climate change,” said Richard Leck, Head of Oceans for the World Wide Fund for Nature-Australia.

The latest row is part of an ongoing dispute between Unesco and Australia over the status of the iconic site.

The reef, stretching for 2,300km (1,400 miles) off Australia’s north-east coast, gained World Heritage ranking in 1981 for its “enormous scientific and intrinsic importance”.

After Unesco first debated its “in danger” status in 2017, Canberra committed more than A$3 billion (£1.bn; $2.2bn) to improving the reef’s health.

However, several bleaching events on the reef in the past five years have caused widespread loss of coral.

Scientists say the main reason is rising sea temperatures as a result of global warming caused by the burning of fossil fuels.

In 2019, Australia’s own reef authority downgraded the reef’s condition from poor to very poor in its five-year update.

But Australia remains reluctant to commit to stronger climate action, such as by signing up to a net zero emissions target by 2050.