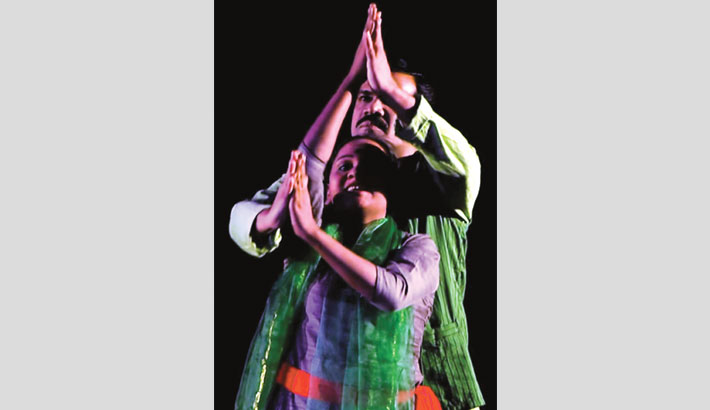 The International Online Theatre Festival 2021 began on June 20. The 28-day festival includes a total of 28 productions from Bangladesh, Iran, France, Pakistan and India.

Written by Natyacharya Selim Al Deen, ‘Hargaj’ has been directed by Zahid Repon. The play is based on a true story. It depicts the sufferings of people living in a village named Hargaj under Manikganj district which was devastated by a tornado in 1989.

In the play, an aid-team arrives at the tornado-hit village. The tornado shatters the bustling locale of farmers, killing hundreds of people and damaging a large part of the area. Abid, the   protagonist of the play, gets strange experiences in his aid-tour.

The playwright sees experiences and narrates different aspects of life through the eyes of Abid during the time of the disaster.