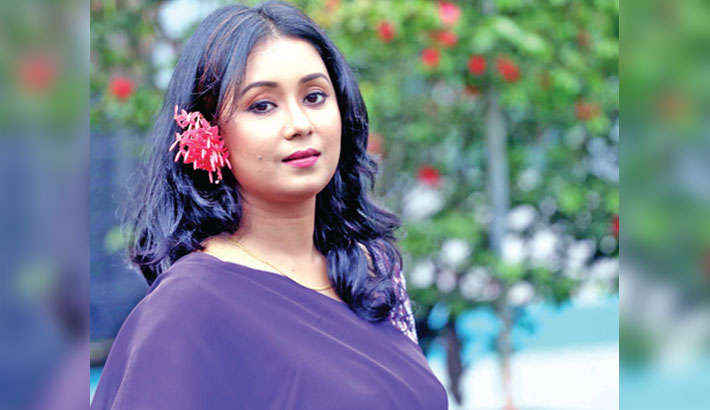 Prominent actress Farhana Mili will be seen acting in a new drama titled ‘Bhalo Na Lagar Sesh’. The play has been made based on writer Somen Chanda’s short story of the same title. Scripted by veteran actor Abul Hayat, the drama has been directed by Masud Chowdhury.

Mili will play the role of Ratri in the drama. The cast of the drama includes Abul Hayat, Shahadat Hossain and others. ‘Bhalo Na Lagar Sesh’ will be aired on BTV soon.

About the project, Mili said, “It is my first drama based on Somen Chanda’s story. Noted actor Abul Hayat uncle has scripted the drama. Overall it’s a good project. I hope the viewers will like our work.”

On the work front, Mili has modeled in a TVC with Shahed Sharif Khan recently. She has also joined the cast of Asian TV’s ongoing drama serial ‘Gobindopurer Golpo’.

It may be mentioned that, Somen Chanda was a Marxist activist, writer and trade union leader of Bengal. Born in Narsingdi district in 1920, he was attracted to Marxist politics and the trade union movement in student life. Chanda joined in Progressive Writers’ Association or Pragati Lekhak Sangha and anti-fascist activism in Dhaka.

He wrote a number of short stories, dramas, and articles in their literary journals which were collectively published posthumously. His stories were translated into many languages. While leading a rally of workers of East Bengal Railway organised by the Soviet Suhrid Samity in Dhaka, Chanda was attacked by some hooligans and killed brutally on March 8 in 1942.