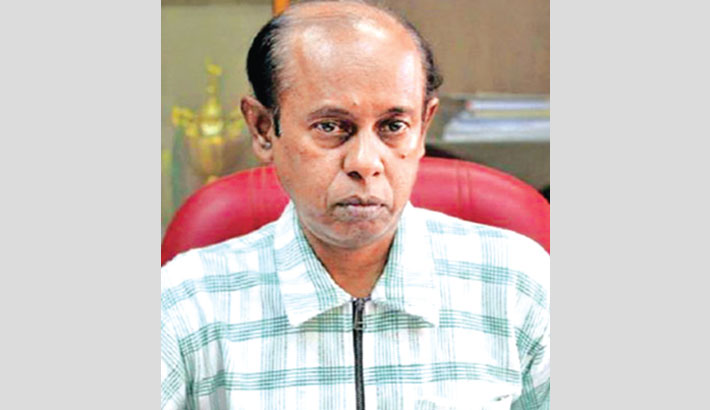 Guard of honour is basically a western tradition. It is known as 'Guard of Honour' in England, 'Honour Guard' in the USA and also Ceremonial Guard in some places. It is normally a military practice offered to the head of the state on special state ceremonials like independence day or victory day or a national day or to receive or guard a head of state or other dignitaries, the fallen in war or to attend funerals.

Bangladesh gained independence through a sanguinary battle, at the cost of three million lives and honour of 2 lakh women. Freedom fighters played a very vital role in the liberation war. They are termed as the best children of the nation. As a mark of final tribute to them, the Awami League government introduced the system of offering Guard of Honour to dead freedom fighters in 1996. Regarding the procedure, a gazette was issued in 2005.

Cancelling that gazette government issued another gazette on 11th November 2020, mentioning that in case of death of a heroic freedom fighter DC (in metropolitan and district headquarters) and UNO (upazila level) will represent the government to show respect. If they are engaged in any important state or public function, ADC or AC (Land) will represent the government. OC of the concerned police station will conduct the guard of honour. If the OC cannot attend due to any important state activity the second senior-most officer of the police station will perform the duty. In the case of retired heroic freedom fighters of the armed forces, the army style will be followed.

Undoubtedly it is a good initiative from the government and there was no hesitation about it. However, after 16 years an unprecedented dispute has been raised. In some districts and many upazilas female officers are working as DC and UNO. As per government order, they attend the guard of honour. On 13th June the parliamentary standing committee on the Ministry of Liberation War Affairs, placing a religious ground, has proposed to replace female officers with males wherever women DCs and UNOs are posted.

The issue has drawn widespread criticism from various quarters. As reported in Bangla News 24 on 16th June (and other newspapers), women's organisations, allies of 14 party alliance and people from different walks of life have expressed agitated reactions on the issue. Leaders of 14 parties have said that the proposal is anti-constitutional and against the spirit of the liberation war. Law experts say that offering guard of honour to dead freedom fighters is not a religious activity; it is a secular state function to pay a final homage to freedom fighters. If this recommendation is accepted in any excuse, it would be illegal and unconstitutional. Human rights activists say that accepting such a proposal would be humiliating for women. No matter what status or position a woman holds, she has to fulfil that responsibility. If it is diminished unreasonably, that woman is certainly dwarfed and humiliated.

At a time when Bangladesh is proving itself as a role model in women's empowerment, such an anti-woman proposal has been raised by a parliamentary committee. During the tenure of the government led by Sheikh Hasina, there are many achievements in the field of women’s empowerment. She has acquired the Global Women's Leadership Award for her role in the development of women's education and entrepreneurship. She has been honoured with the United Nation's 'Planet 50-50 Champion' and 'Agent of Change' awards. Women are successfully holding important positions in administration, judiciary, army, police, banking, education, foreign affairs and other sectors. According to the latest statistics total number of women in government service is 306,619.

The woman whose name comes first in the emergence of Bangladesh is none other than Begum Fazilatunnesa Mujib. Always remaining beside Bangabandhu, she boldly accepted the highest hazards in every sphere of life. Again, when Bangabandhu was in jail she handled the party strongly. Women have participated in the liberation war as guerrilla fighters, word soldiers, doctors or nurses. Many women were tortured, mutilated and killed, lost husbands, children and families. Bangladesh is probably the only country in the world where the prime minister, speaker, leader, deputy leader of parliament and leader of the opposition are women. Except the periods of the caretaker government, Bangladesh has been being governed by women prime ministers for the last thirty years. The provision of 33% women members in the committees of all political parties has been made mandatory. In each upazila parishad, one post of elected female vice chairman has been created and 1/3rd seats have been reserved for women in local government institutions.

Bangladesh has signed The International Convention on the Elimination of All Forms of Discrimination against Women (CEDW) on 6th September 1984. Activities of Bangladesh in achieving SDG and UN charter are praised worldwide. Eliminating gender discrimination and cancelling discriminatory laws in this regard has been definitely mentioned in articles 5, 8 and 10 of SDG. Experts think that proposal of the parliamentary committee is a violation of international treaties and article 10 and 28(2) of the constitution.

Barrister Maruful, a human rights activist, filed a writ petition against this proposal. However, hearing of the writ has been kept in abeyance for four weeks. If this recommendation is finalised as a decision, it will be instantly brought to the notice of the high court. Liberation War Affairs Minister AQM Mozammel Haque, however, did not agree to attach importance to such a proposal of the parliamentary committee at the moment, mentioning that the state, government or their party has thought of such change in any forum. An official of the cabinet division said that according to the policy DCs or UNOs lead the guard of honour nothing is shown here as female or male. It will not change, they think.

Whatever be said by minister or cabinet division officials, political analysts apprehend that such unusual idea at the golden jubilee year our liberation is alarming. Knowing well about international treaties, constitutional provisions and the government’s stand regarding women, how such a recommendation can be framed? How freedom fighter MPs can propose like this? However, conscious people of Bangladesh firmly believe that honourable Prime Minister Sheikh Hasina will never approve such a recommendation which is against women, the constitution and also against the spirit of the liberation war.