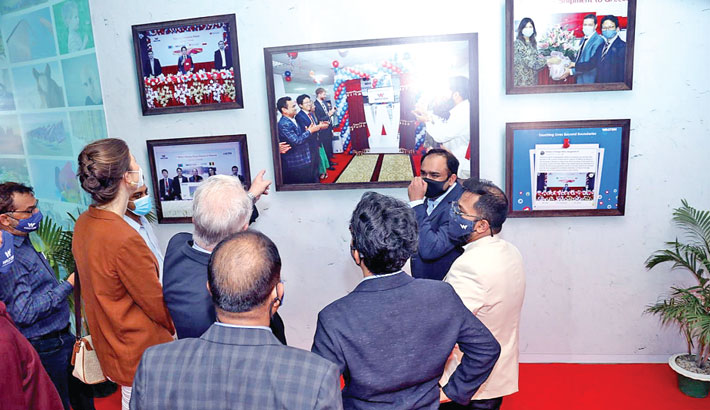 Walton’s TV has set a target of expanding its market to 20 European countries by 2021.

The local brand is manufacturing and exporting ‘Made in Bangladesh’ tagged television in Europe market, said a press release.

Despite the economic slowdown following the coronavirus pandemic, Walton made a great success in expanding its LED TV exports to 10 European countries, including Germany, Greece, Ireland, Croatia, Spain, Poland, Italy and Romania.

Walton’s successful market expansion in Europe was resulted in increasing its TV export 10 times more than the previous year.

In addition, Walton's TV exports to Europe in the year 2020 was exceeded in the first five months of this year (January to May).

Walton Hi-Tech Managing Director Engineer Golam Murshed said, Walton wants to bring the Bangladesh’s flag of Bangladesh to a unique height in the world by securing a strong brand position in the world’s consumer electronics markets. That’s why, Walton has been moving forward with the “Vision- Go Global 2030”.

Walton TV Chief Executive Officer Mostafa Nahid Hossain said, “We set a goal of becoming one of the top five global television brands in the world. As a part of this goal, we target to widen Walton TV export markets to all the countries of the 5 continents by 2023. In this case, the rapid expansion of Walton TV's export market in Europe will play an important role.

Walton TV’s Head of Business in Germany Tawseef Al Mahmood said, they set a plan to expand its TV export markets to 20 European countries by the end of 2021.

The ‘Made in Bangladesh’ TV has be well accepted for ins reliability and quality in Europe and Walton want to up hold this standard going forward. This year, Walton are going to launch 3 new models with new Smart features with regional software suitable for Europe markets.

According to sources, Walton is making TVs of European standard at its own factory at Chandra in Gazipur. Walton has already been recognized as a state-of-the-art Dolby and Google-listed ‘licensed TV manufacturer’. Walton is the only company in Bangladesh to produce Dolby's official sound quality TV.

The price of these TVs is as affordable as it is the best. And so Walton TV is now at the top considering the market share in the local market.