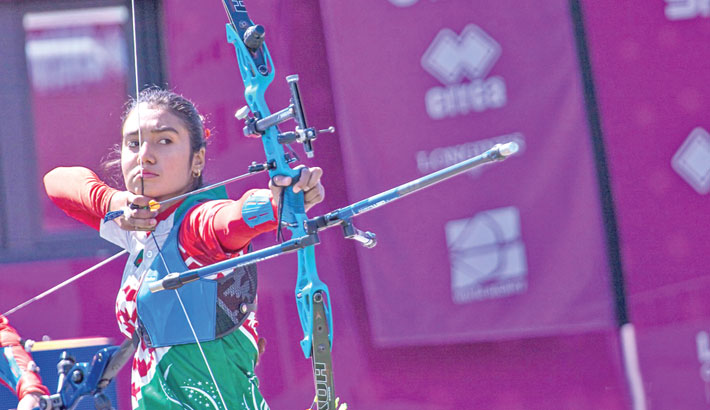 Bangladesh archer Diya Siddique is seen targeting during an individual event of the final qualification tournament for Olympics in Paris on Monday. – COLLECTED PHOTO

Diya Siddique will represent Bangladesh along with five other athletes in the upcoming Tokyo Olympics as the recurve archer earned an invitation place for the meet offered by Tripartite Commission on Monday.

Bangladesh Archery Federation General Secretary Kazi Rajib Uddin Ahmed Chapal told The Daily Sun that the commission selected Diya based on her performance in the individual event of the final qualification tournament for the Olympics in Paris. 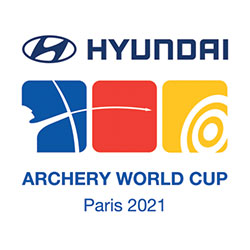 “(We) just received the official letter from the commission. It is really great though it is not a wild card entry. She got an invitation place. I think the commission was impressed by her today’s (Monday) performance,” Chapal said.

Diya, however, suffered elimination from the recurve women’s individuals after conceding a 5-6 setpoints defeat to Slovenian archer Ana Umer in the round of 16.

Coming from 0-4 setpoints behind, the Bangladeshi archer equalised the scoreline 4-4 with two consecutive wins in the next two sets.

However, Diya fell short of Ana in the tie-breaker and lost the match by 5-6 set points. Earlier, Diya beat Argentine archer Florencia Leithold by 6-0 set points in round of 24.

Earlier, both Bangladesh men’s and women’s recurve teams got eliminated from the meet after conceding defeats in their respective events.