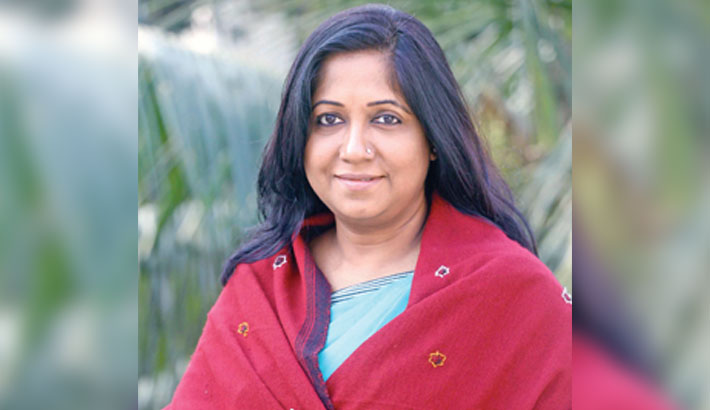 National Film Award-winning actress, director and screenwriter Rokeya Prachy has been absent from shooting for a long time due to coronavirus pandemic. If all things go well, she will return to work after Eid-ul-Azha with a drama serial. Alongside directing she will also be seen acting in the unnamed play.

Rokeya Prachy said, “In this corona period, I’m spending my time with my family members, especially with my mother. My elder daughter has recently come to Bangladesh. So, my time is going happily. Honestly speaking, I have got some time to spend after a long time.”

“During the pandemic, four documentaries have also been made under my production house marking the birth centenary of Father of the Nation Bangabandhu Sheikh Mujibur Rahman. Among the documentaries, I have directed and acted in ‘Juddho Ebong Bigangana’. I will be back to work after Eid with a new drama serial,” she added.

Her first directorial work was a docu-fiction for Channel i in 2009. She later directed ‘Lutfunnesa’ and ‘Bayanno’r Michhile’. In 2015, she directed her first television series ‘Shelai Poribar’.

Prachy won Bangladesh National Film Awards in 1998 for ‘Dukhai’, Critics’ Award in 1999 for ‘Chor’ and Lux Channel-i Performance Award in 2008 for ‘On the Wings of Dreams’.

She was last seen in the Animesh Aich directed drama serial ‘Boka Bhoot’, which was aired on Duronto TV last year.