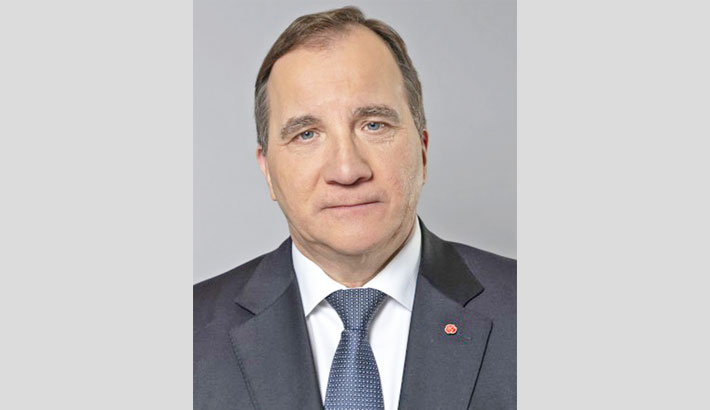 STOCKHOLM: Sweden’s government was toppled on Monday after Stefan Lofven became the country’s first prime minister to lose a no-confidence vote, meaning he can now either resign or trigger a snap election, reports AFP.

The motion of no confidence was filed on Thursday by the far right Sweden Democrats, after the Left Party, which has been propping up the government, said it was planning such a motion itself in protest against a government plan to ease rent controls.

The conservative Moderate Party and the Christian Democrats were quick to back the motion, which was passed by 181 MPs in the 349-seat parliament. Critics have described the constellation as an “unholy alliance” of parties at opposite ends of the political spectrum.

After 11 unsuccessful no-confidence votes in modern Swedish political history, Lofven, who has previously distinguished himself by his ability to survive political crises, becomes the first head of government to be ousted in this way.

Lofven now has a week to either announce a snap election or resign, leaving it up to the speaker of parliament, Andreas Norlen, to open negotiations with the parties to find a new prime minister.

Speaking at a press conference after the vote, Lofven did not announce a decision, noting he had a week to speak with other parties and to evaluate his options. He added that his focus would remain doing “what is best for Sweden.”

Should he leave it up to Norlen to find a new prime minister, analysts said that Lofven could be chosen again. “No matter what happen now, I and my party will be available to, together with others, shoulder the responsibility to lead the country,” Lofven said.

In any case, the government will stay on temporarily to handle routine tasks until a new administration is formed.

Any snap poll would be held in addition to the general election scheduled for September 2022, which would result in two ballots in just over a year. “For a long time it looked like the minority government would make it until the end of the term, but the built-in divisions in the government’s base have finally become too big,” political commentator Mats Knutson told public broadcaster SVT over the weekend.

The political crisis was triggered by a preliminary plan to reform the country’s rent controls. That would potentially allow landlords to freely set rents for new apartments.

On the left, the proposal is seen as being at odds with the Swedish social model and a threat to tenants’ rights.

Last-ditch efforts to appease the Left Party, which holds 27 seats, have been in vain. An offer to hold talks with stakeholders in the rental was dismissed by Left Party leader Nooshi Dadgostar as “not serious and political theatre aimed at stalling the process”.

The minority government took power in 2019 after months of political turmoil following inconclusive elections in 2018.

To secure control it signed a deal with two centre-left parties, the Centre Party and the Liberals, and was propped up by the Left Party.

The deal included proposals for several liberal market reforms, including the controversial easing of rent controls.

“For me, there is a sense of very strong lack of willingness to compromise when you can’t stand back from a single issue to avoid a government crisis,” Dadgostar told SVT the morning ahead of the vote.

Already when the agreement was presented, “many commentators said that the issue of liberalising the housing market was a ticking bomb”, Anders Sannerstedt, a political scientist at Lund University, said.

Lofven’s most likely move will be to resign, Sannerstedt said.

“I think nobody wants an extra election... and the Social Democrats will, according to recent polls, lose quite a lot of votes in an election right now,” he said. Still, if Lofven resigns then the political deadlock in parliament could allow him to return, Sannerstedt said.

Jonas Hinnfors, a political scientist from the University of Gothenburg, echoed that view. “He is an extremely good negotiator,” he said.

“Given that the seat distribution is the same, the most likely outcome is that Lofven will come back,” Hinnfors said.