Lt Sheikh Jamal Dhanmondi Club Ltd began their super league phase on a perfect note as they brought down the high-flying Prime Bank Cricket Club with a seven-wicket win in the ongoing Bangabandhu Dhaka Premier Division Cricket League Twenty20 Super League phase at the Sher-e-Bangla National Stadium in the capital on Sunday.

Cricket Committee of Dhaka Metropolis on June 19 decided to have a reserve day for the Super League matches with every effort made to complete the matches on the scheduled day with any necessary overs reduction.

The Super League matches of the ongoing league started afresh after the first round of matches Saturday got washed off by inclement weather.

However, the opening game of the day between Gazi Group Cricketers and Prime Doleshwar Sporting Club ended without any result as rain forced the match to be postponed for the time being with Gazi struggling at 73-3. 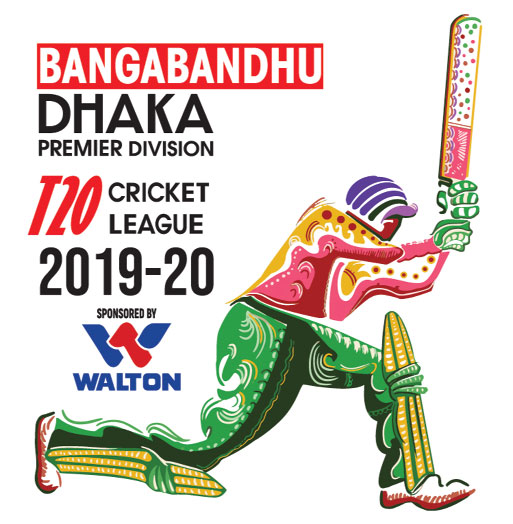 Prime Bank posted a challenging 164-3 on the back of Mohammad Mithun’s unbeaten 67 runs, who had able support from Raqibul Hasan (34). Left-arm spinner Sohrawardy Shuvo and Elias Sunny managed to stop their opponent from posting an improbable total with their line and length.

But despite wet outfield Bank hardly looked to have put enough runs on the board to challenge their opponent as they reached 165-3 in 18.1 over.

Sheikh Jamal’s opener Shykat Ali scored a breezing 36-ball 60 that proved to be deciding factor of the game. Imrul Kayes scored 44 runs while skipper Nurul Hasan remained unbeaten on 44 runs to make sure they cross the line without any late drama.

In the other match of the day, Abahani Limited defeated arch-rival Mohammedan Sporting Club by 60 runs at the same venue on Sunday. Abahani, who was humbled by MSC in the league phase, looked completely a different unit as they batted with great authority to post the highest total of the season- 193-7.

Abahani new kid on the block Munim Shahriar made 27-ball 43 with the help of five fours and two sixes and received able support from Nazmul Hossain (27) before they were separated by Abu Jayed, who removed Nazmul.

Skipper Mushfiqur Rahim scored an unbeaten half-century but more his stay at the wicket helped his partners to bat with freedom.

Mushfiqur’s 32-ball 57 not out was decorated with eight fours and a six but can certainly call himself lucky to survive till the end considering he whacked a full-toss of Abu Jayed into the deep and was taken neatly only to be judged as a no-ball in the end. MSC Ruyel Miah and Asif Hasan picked three wickets apiece.

MSC made a miserable start as they lost two wickets without adding any runs on the board and never looked to be in a hunt as they could not recover from the early setback. They finally managed 133 runs losing 7 wickets in their innings.