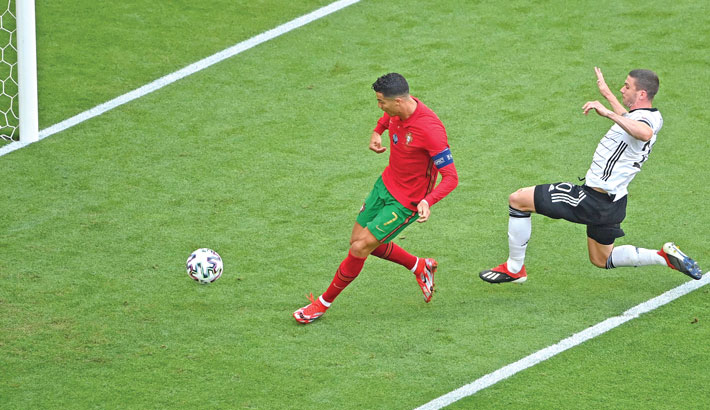 Even at the age of 36, Cristiano Ronaldo never fails to surprise us with his game. When Portugal faced Germany in Euro 2020on Saturday, once again he surprised us with his fitness levels. The Juventus star sprinted 92 meters in 14 seconds to actually score the first goal against Germany, report agencies.

This happened within the first 15 minutes of the match and put Portugal on 1-0. However, the team could not cash into the early advantage as a couple of own goals overshadowed Ronaldo's effort and even before half-time Portugal was 1-2. Diego Jota did score a goal at the 67th minute, but the damage was done already.

The team lost the match 2-4 at the Allianz Arena. Talking about the goal, cleared the ball from his own box and sprinted towards the opponents' post. Interestingly, he touched the speed of 32 kms/per hour. while covering the distance of 92 meters by clocking just 14.2 seconds. Now that quite a sprint! Needless to say, Ronaldo unleashed the beast mode and once again impressed the netizens.

After losing the game, Ronaldo put up a motivational message on social media for the fans and wrote, "Believe as much as we do." The team is placed in Group F of the points table along with the likes of France, Germany and Hungary. The Group is labelled as the 'Group of Death' with the kind of opponents they have.