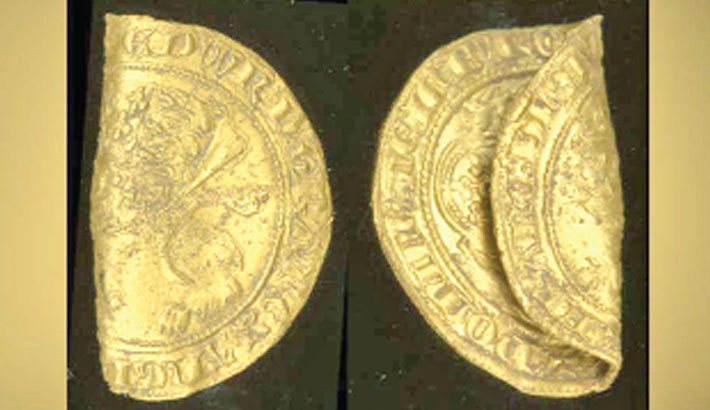 A 750-year-old gold coin, known as a leopard, has been discovered in eastern England. Only three other examples are currently in public collections, housed in either the British Museum or the Ashmolean Museum in Oxford, reports CGTN.

And that is because these gold coins were only in circulation for a handful of years after 1344. King Edward III introduced them to England, which had previously minted mainly silver money. But they were quickly withdrawn, possibly because they had been overvalued relative to the cost of the metal used to make them.  A single gold coin would have been worth the equivalent of thousands of pounds today.

The coin was found together with another, higher denomination, known as a noble, in Reepham, England in October 2019. It is not known if they were deliberately hidden but the period was one of enormous economic turbulence as the Black Death wiped out large swathes of the population.

Regardless of why they ended up in the ground, they were an important find for archaeologists because they were originally created 10 years apart. That time difference means that some of these coins were still in circulation longer than originally thought, and at least into the Fourth Coinage period, which stretched from 1351 to 1377.

A double gold leopard, which had a face value twice as high as the coin found in Norfolk, was sold at auction in 2006 for more than $800,000.