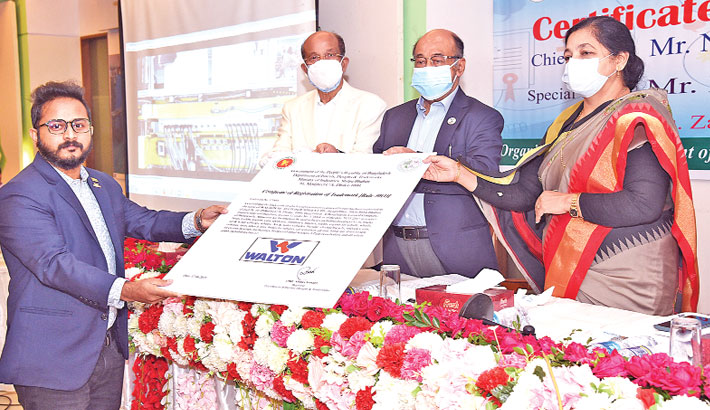 The Department of Patents, Designs and Trademarks (DPDT) under the Ministry of Industry awarded the trademark certificate to Walton in class-12 category, said a press release.

The trademark certificate was handed over to Walton Hi-Tech Industries’ Managing Director at a function held at the Officers’ Club in the capital on Thursday.

On the occasion of ‘Mujib Year’ as well as ‘World Intellection Property Day’, the DPDT organised the programme titled ‘Intellectual Property in Realising the Dream of the Father of the Nation’.

The Industries’ Minister and the State Minister expressed satisfaction over the various steps taken by Walton for the development of local industries by utilising the talents of the country.