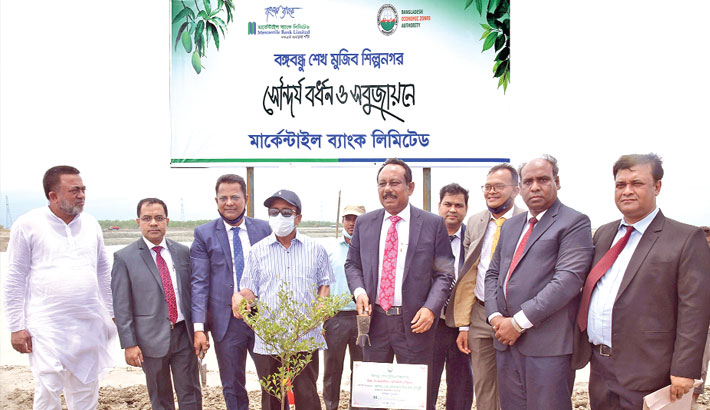 MBL CEO expressed his deep concern for the country caused by global warming. He emphasized on conserving natures for environmental balance along with achieving economic growth.

Quamrul Islam Chowdhury thanked BEZA for giving the opportunity to Mercantile Bank for being a part of Bangabandhu Sheikh Mujib Shilpanagar.

Senior officials from both the organisations were also present on the occasion.