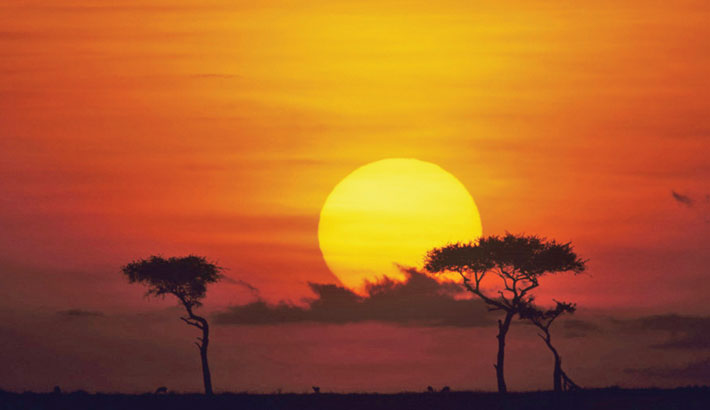 The Earth is trapping nearly twice as much heat as it did in 2005, according to new research, described as an “unprecedented” increase amid the climate crisis, reports The Guardian.

Scientists from Nasa, the US space agency, and the National Oceanic and Atmospheric Administration (Noaa), reported in a new study that Earth’s “energy imbalance approximately doubled” from 2005 to 2019. The increase was described as “alarming”.

“Energy imbalance” refers to the difference between how much of the Sun’s “radiative energy” is absorbed by Earth’s atmosphere and surface, compared to how much “thermal infrared radiation” bounces back into space.

“A positive energy imbalance means the Earth system is gaining energy, causing the planet to heat up,” Nasa said in a statement about this study.

Scientists determined there was an energy imbalance by comparing data from satellite sensors – which track how much energy enters and exits Earth’s system – and data from ocean floats.

This system of data-gathering floats, which stretches across the globe, allows for “an accurate estimate of the rate at which the world’s oceans are heating up”.

Because about 90% of excess energy from an imbalance winds up in the ocean, the satellite sensors’ data should correspond with temperature changes in oceans.

“The two very independent ways of looking at changes in Earth’s energy imbalance are in really, really good agreement, and they’re both showing this very large trend, which gives us a lot of confidence that what we’re seeing is a real phenomenon and not just an instrumental artifact,” said Norman Loeb, lead study author and a Nasa researcher.

“The trends we found were quite alarming in a sense.”

Upticks in greenhouse gas emissions keep heat in Earth’s atmosphere, trapping radiation that would otherwise move into space. This warming spurs other changes, including ice and snow melt. An increase in water vapor, and changes to clouds, could further exacerbate this warming, Nasa said. The study found that this doubling is the result, in part, by an increase in greenhouse gases and water vapor, as well as decreases in clouds and ice.

Researchers also said that a “naturally occurring” shift in the Pacific ocean from a cool phase to a warm one probably had a significant role in amplifying this energy imbalance.

“It’s likely a mix of anthropogenic forcing and internal variability,” Loeb said. “And over this period they’re both causing warming, which leads to a fairly large change in Earth’s energy imbalance. The magnitude of the increase is unprecedented.”

Loeb did say, however, that this research provides only a glimpse in relation to longterm climate change, and, according to Nasa, that “it’s not possible to predict with any certainty what the coming decades might look like for the balance of Earth’s energy budget”.