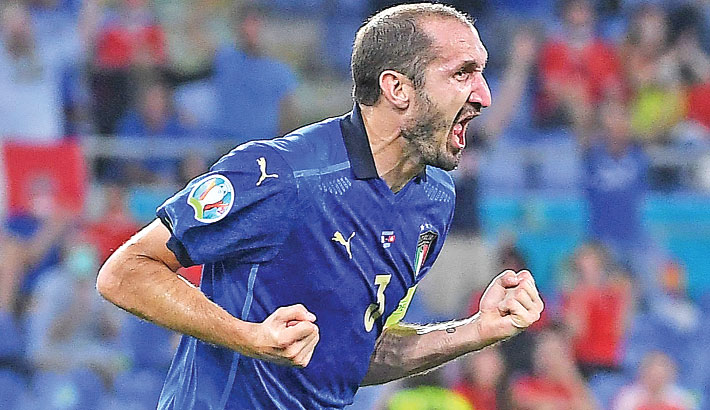 Italy captain Giorgio Chiellini looks set to miss Sunday's final Euro 2020 Group A game against Wales with a muscle injury but could be fit for the last 16, sources in the Italian team said on Thursday.

The 36-year-old limped off in the first half of Wednesday's 3-0 win over Switzerland in Rome that put the Azzurri through to the next round with a game to spare.

Chiellini pulled a flexor muscle in his left leg but tests carried out on Thursday did not reveal too serious an injury, the sources said.

If the 109-times capped Juventus defender cannot play against Wales on Sunday, "the goal remains for him to recover for the next matches", and in particular for the last 16, a source said.

Roberto Mancini's side are top of Group A after beating Turkey and Switzerland.