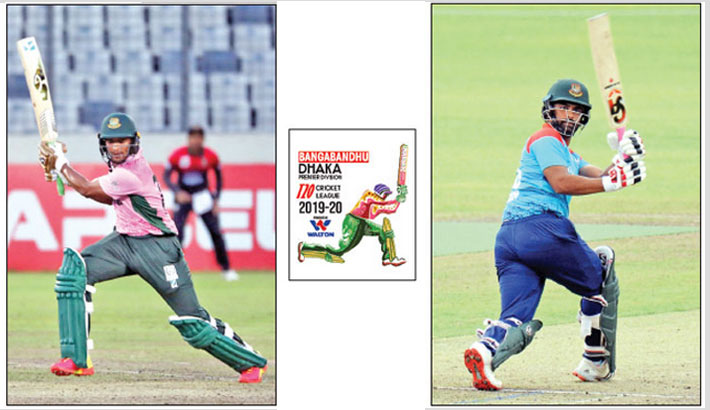 The six-team Super League stage of the ongoing Bangabandhu Dhaka Premier Division T20 League starts today in Dhaka without two top national cricketers – Shakib Al Hasan and Tamim Iqbal, who opted out of the competition due to different reasons.

Shakib Al Hasan, who led Mohammedan Sporting Club, left Dhaka for the USA on Friday to be with his family while Primer Bank Cricket Club batsman Tamim decided to skip the final phase of the tournament due to his right knee injury.

Mohammedan also won’t get the service of pacer Taskin Ahmed in Super League after he sustained an injury on his left thumb while fielding in the boundary line against Khelaghar Samaj Kallyan Samity during their 10th round match on June 16 at the BKSP-4.

Taskin, who picked 10 wickets in the league, later had to receive three stitches on his injured thumb while doctors gave him a seven-day rest, which ultimately ended his chance to take part in Super League.

Prime Doleshwar Sporting Club, which finished second in the first phase with 16 points, will take on fourth-placed Gazi Group Cricketers at the Sher-e-Bangla National Stadium, which will host all the Super League matches.

League leaders Prime Bank, which earned 18 points in the first phase, will take on sixth-placed Sheikh Jamal Dhanmondi Club in the second match while third-placed Abahani Limited will face arch-rival Mohammedan in the day’s last match.

Meanwhile, Relegation League will also start on the same day at the BKSP-3 as Legends of Rupganj will take on Partex Sporting Club in the first match.

Partex have already been relegated to the first division league after earning just one point from the first phase while Rupganj and Old DOHS will fight for survival, having clinched seven and six points respectively.