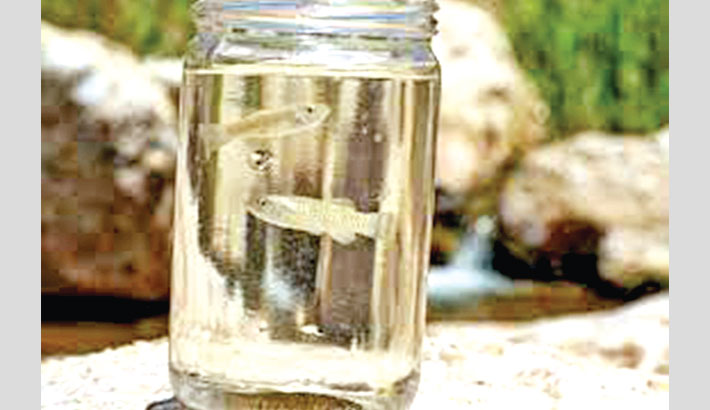 FIFA NATURE RESERVE: Jordan is racing against time to save a tiny rare fish from extinction as falling water levels partly triggered by global warming threaten to dry up its last habitat.

The Dead Sea toothcarp -- scientific name Aphanius dispar richardsoni -- has been on the red list of the International Union for Conversation of Nature since 2014.

The IUCN warns that the "exploitation of spring waters and climate change" are major threats facing the four-centimetre-long, silver-coloured fish. "This fish is threatened with extinction at the global level. It is endemic here and does not exist elsewhere," said Ibrahim Mahasneh, the manager of the fish's last home, the Fifa Nature Reserve.

Lying some 140 kilometres (85 miles) southwest of Amman in the Jordan Rift Valley and 60 kilometres south of the Dead Sea, the area is the lowest wet reserve on Earth.

Established in 2011, the reserve consists of some 20 square kilometres. It is located some 426 metres (1,400 feet) below sea level and is managed by an independent body, the Royal Society for the Conservation of Nature (RSCN).

Even though the Hashemite kingdom is primarily desert, this area of wetlands is criss-crossed by streams and is home to a variety of plant and wildlife species including birds.

"We have a plan to save and breed this fish... to create a natural habitat for it to breed and at the same time to mitigate the existing threat," added Mahasneh.