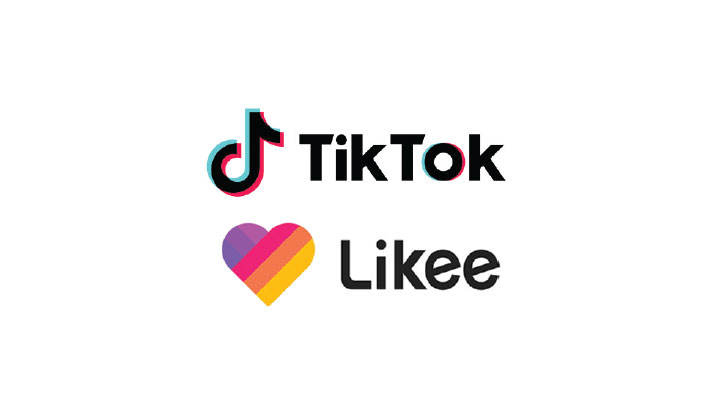 Many young people are going astray by using apps, including TikTok, Likee and Bigo, as the controversial apps are sending wrong messages to them in the name of modern entertainment.

Experts said there is nothing educational in those platforms while the young generation is going off the rails by using those controversial apps.

Encouraged by the TikTok, Likee apps, many teens cut and dye their hair in strange styles and create videos following foreign subcultures.

Young people are getting involved in immoral activities and crimes under the guise of those popular short-video platforms.

Experts said instead of healthy entertainment, watching cheap and low quality pornographic and sexually provocative content is having an adverse effect on the mindset, behaviour and dress of the teenagers in the society.

“Over 80 percent internet users in the country access different social media sites, which are somehow to blame for different types of criminal conduct,” he said.

According to the RAB DG, the perpetrators of various crimes are being listed based on the use of various mobile apps, including TikTok and Likee.

“The dark sides of technology should be avoided.

There is no scope for getting away with committing an offence; nobody can do so now. Anyone linked to a crime will face tougher punishment,” Mamun said while addressing an event in Dhaka.

His remarks came following recent arrests of suspected members of a sex-trafficking gang that used TikTok to lure young women and girls.

Shamali Shill, assistant professor of sociology department at Jagannath University, told the Daily Sun: “We have seen a horrible incident in India recently which happened through the app. Besides, we have seen that videos are made in those apps following foreign subcultures, which are not our culture actually.”

“Closing the app is not a solution. I think strict monitoring is essential for those platforms so that this kind of violence against women would not happen anymore in future,” she added.

Many alleged that there is no educational content in the videos except arrogance and shamelessness. But young children are spending more time on these apps without studying. This is causing huge damage to teens’ education.

On the other hand, these teens are being trapped by various foreign subcultures. Young people want to gain cheap popularity through these uses and start thinking of them as popular, they said.

Sayed Nasirullah, Additional Deputy Commissioner (ADC) of Cyber Crime Investigation, CTTC at Dhaka Metropolitan Police (DMP), said, “Bangladesh Police is working on all such apps, including TikTok and Likee. After the incident of India, we have given importance to this kind of apps.”

“We are discussing the formation of a policy with the authorities of the apps. We have no plan to stop those apps if they can run in a healthy way. If there is bad content, then we will take legal action,” he added.

Recently, a young girl from Dhaka was lured into India. A video of the girl being sexually abused by a group of people in India went viral. Later, many horrifying unknown stories came out during police and detective investigation.

After the video of sexual abuse of a Bangladeshi girl went viral in India, police have found a big ring of trafficking in women. The network of organised international human trafficking gangs extends to several countries, including Bangladesh, India and Dubai in the Middle East.