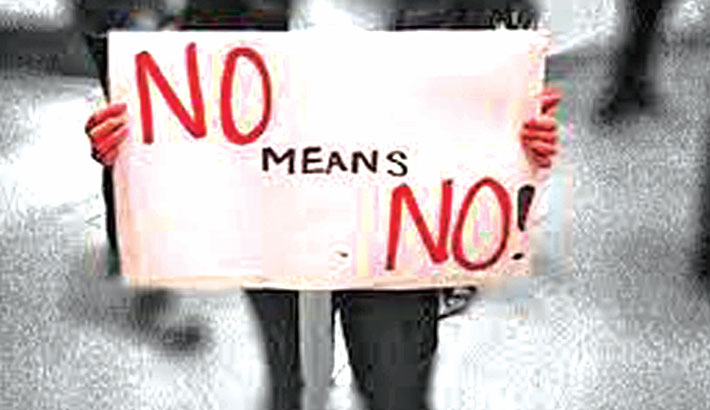 Rape is not a simple word. It is a nightmare in every woman’s life.  A kind of unwanted fear works in me as a woman when I leave home for work. Every day I wonder, whether I can return home safely today, or not.

As a result of social degradation, women cannot move freely for fear of being sexually abused by a group of men. A total of 26,695 rape cases were filed with police stations across the country from January 2016 to October 2020.

This information was revealed in a report submitted on behalf of the Inspector General of Police (IGP).

Last year in October, Bangladesh Government has approved the death penalty as the highest punishment for a rape case after widespread protests across the country and sequences of several gang rape cases.

Now the question arises, is the death penalty enough to tackle rape?

Here we can see some of the rape cases that have been appeared in the media and various outlets.

A teenage girl of a mastermind English medium school got raped by her friends (o-level student).

A woman who stepped out of her house to relieve herself was allegedly kidnapped and gang-raped in Sundarganj Upazila of Gaibandha district.

University student Niloy allegedly raped a domestic worker for a year with parents' support in Chandpur.

A man Saiful, aged 48, is accused of forcibly raping a housemaid in Patuakhali and threatening to kill her if she told anyone about the matter. Later, the woman sought help from RAB.

Not only these incidents, but many more such rapes are happening even after the death penalty for rape.

According to Ain O Shalish Kendro (ASK), nearly 1,546 people were raped, 51 were killed after rape, 14 victims committed suicide afterwards, 974 children were raped from January to November in 2020.

Researches show that the death penalty has never been able to reduce crime.

In 2012, the Indian court sentenced four convicts to death in the Nirbhaya rape and murder case.

However, the verdict in the Nirbhaya case was unable to reduce the number of rapes in India.

According to The Times Of India, India sees 88 rape cases per day, whereas conviction rate is below 30 percent.

As well as in Bangladesh, the certainty of punishment is too poor, and legal trials are often tougher for victims than for criminals. Besides, all the laws related to rape in our state are from the colonial period and these laws need to be amended.

So, no matter how tough the penalty government announces for rape, justice will never be found.

For the complete eradication of rape culture from Bangladesh, the wellbeing of the victims should be given priority instead of severe punishment.

Reforming the definition of rape

According to Section 375 of the Penal Code (1860), rape is sexual intercourse, with or without the consent of a woman, relying on the situation.

It does not cover all forms of non-consensual penetration, and afterward, perpetrators are easily acquitted of charges.

The definition of rape in the United States- "The penetration, no matter how slight, of the vagina or anus with any body part or object, or oral penetration by a sex organ of another person, without the consent of the victim."

Since the definition of rape law in Bangladesh is primitive, the government should modify it.

Witness Protection laws must be enacted

The lack of protection of victims and witnesses acts as an especial barrier to getting justice. Victims and witnesses are particularly at risk when rapists are socially or economically powerful, influential, or wealthy. Women who report rape are often at greater risk and face a lot of pressure or direct threat from the accused.

So if the Victim and Witness Protection Act comes into force, it will work to prevent these problems.

Prohibit the use of character evidence against rape survivors

Section 155(4) of the Evidence Act 1872 needs to be amended. The use of character evidence in rape trials should be repealed without delay so that survivors of rape can get better legal redress.  Moreover, it should be ensured that the defense lawyer does not ask harassing or degrading questions in the open courtroom during cross-examination.

In a patriarchal society like ours, raped women are mentally and physically harassed in various heinous ways.  As a result, many victims do not report the attack to authorities in fear of social stigma.

Advocate Salma Ali said that in most cases, abusers of women and young girls are members of their own families, which is why such cases are often not reported.

Hence, the government needs to identify these obstacles and ensure in any situation that the survivors do not feel neglected and weak.

Unfortunately, there are many rape victims in our country who cannot continue lengthy and expensive court proceedings due to financial crisis and even fails to take full medical care.

In the UK- victims can claim compensation from a government body known as the Criminal Injuries Compensation Authority (CICA) where victims can apply for compensation is around £1,000 but higher sums are payable if someone has suffered more than one assault or has a seriously disabling mental health condition.

In the USA - compensation is provided to victims by the Crime Victims Fund, which was enacted under the Victims of Crime Act of 1984. It covers lost wages or loss of support, medical costs, and mental health counseling.

But in this case, if we see the situation in our country, the government provides the initial medical cost of a rape victim and the expense of a lawsuit after the charge sheet is presented.

So, the government should create funds for rape victims from which they can get adequate compensation. BNWLA President Salma Ali has also raised the same proposal.

Law enforcement officers need to be trained on sexual harassment.

Introduce educational curriculum in schools on sex education should also be taught.

Executing the death penalty will cause the opposite effect as it encourages rapists to kill their victims to destroy evidence.

UN rights chief Michelle Bachelet said in her statement that the death penalty is not an appropriate punishment for rape and any such crime.

Also, The Rape Law Reform Coalition, a body comprised of 17 rights organisations, has not mentioned the death penalty in their 10-point demand.

Therefore, the government needs to consider the above issues without any delay, otherwise the death penalty will not be of any use.

The writer is a law student at North South University (NSU)