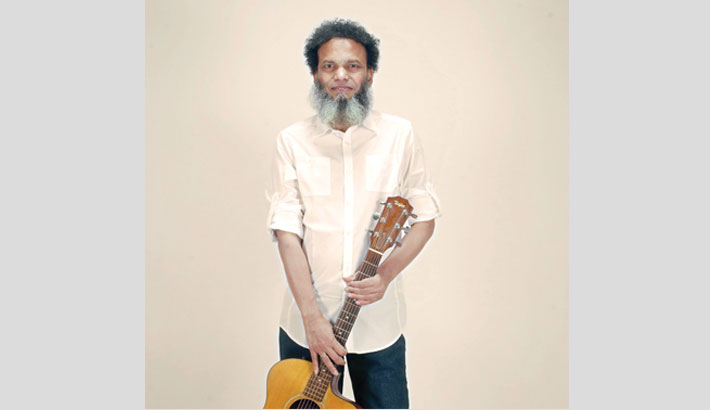 ‘Trish Bochhor Poreo’ and ‘Ami Faisa Gechi’-famed popular singer Hyder Husyn, who has been mesmerising audience over three decades, has come up with a new song. The title of the track is  ‘Bhabte Ki Lage Bhalo’.

Hyder himself has written the lyrics of the single while Anik Faisal has composed it. Ibrahim Ahmed Kamal from Warfaze band is the guitarist of the track. ‘Bhabte Ki Lage Bhalo’ was scheduled to be released on the YouTube channel of Hyder Husyn on Thursday night.

About the song, Hyder Husyn said, “I’ve always written songs on different social issues to aware general people. Kamal has beautifully depicted the song’s story through his guitar. I hope the audience will like the song.”

Kamal also shared, “It’s my pleasure that I’ve worked with a noted singer like Hyder Husyn. Hopefully, music lovers will like our work.”

Anik Faisal said, “I and Hyder bhai have collaborated in many projects before. His songs always have a social message. This song has also a important message to the young audience. We are planning to make a music video for this song.”

Hyder Husyn is a popular singer, lyricist and composer of the country. Through the song ‘Trish Bochhor Poreo Ami Shadhinotatake Khujhchi’ he has become a household name. His other notable songs are ‘Ami Faisa Gechi, ‘Sharee’, ‘Keno Kichu Bolle Na?’, ‘71 (Ekattor)’, ‘Burigonga’, ‘Nobo Jagoron’ and others.