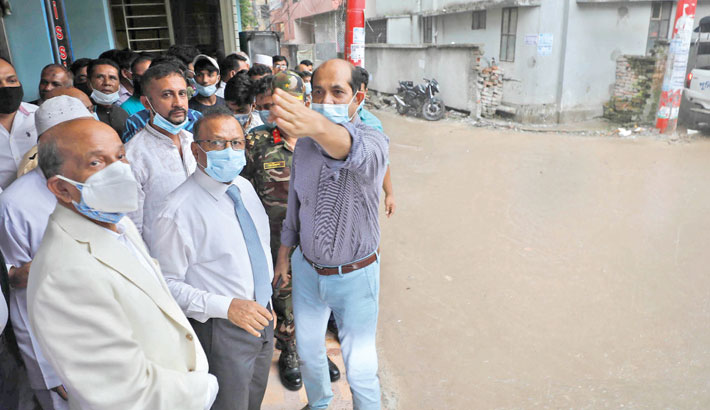 Local Government, Rural Development and Cooperatives (LGRD) Minister Tazul Islam on Thursday said that two City Corporations of Dhaka are working magically to rid the capital of the waterlogging problem.

“The City Corporations of Dhaka are working magically to solve the waterlogging problem in the capital after they were entrusted with the task of looking after canals and drainage system. What they have done in just five months is impossible on the part of human beings,” he said.

He made the remarks while addressing a programme organised by Dhaka North City Corporation (DNCC) at Adventist International Mission School in the city’s Kafrul area.

Earlier, the minister and DNCC Mayor Atiqul Islam visited some newly extended roads under Ward 13, 14 and 16.

Tazul said residents of Dhaka South and North City Corporations are benefiting from the activities of the corporations.

Speaking on the occasion, DNCC Mayor Atiqul Islam said, “The neighborhoods under Ward 13, 14 and 16 are densely populated. An ambulance can’t enter the roads here during emergency as they are very narrow.”