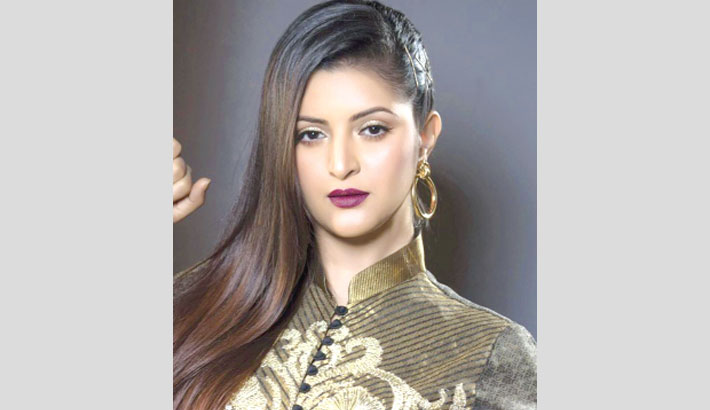 After the Dhaka Boat Club incident involving Pori Moni, police have now started looking into some other issues, including illegal visits of the actress to different clubs at midnight, taking alcohol and resorting to vandalism there.

Sources said police have already interrogated attendants of a Gulshan bar to know about details of an incident that took place there.

Many bar officials informed police that they were forced to open their bars at midnight due to pressure exerted by Pori Moni.

Just a night before the Dhaka Boat Club incident, Pori Moni along with her assistants visited All Community Club Ltd at Gulshan and resorted to vandalism and slapped a bar boy.

Aminul Islam, inspector (Investigation) of Gulshan Police Station, said after getting a phone call through 999 in the dead of night of June 7, a team of police went to the club and found that Pori Moni broke glasses in the club.

She did so following a hot argument with club employees, he said. “But we’ll visit the club anew to know about the matter well,” he said.

Sources said Pori Moni used to go to different clubs in the dead of night and drink wine violating the club rules.

The authorities of several social clubs contacted police complaining that Pori Moni with her assistant Jemi and some others often visited the posh clubs in the capital and drank wine until dead night.

They violated the club rules. Especially, Jemi in half pants entered the club, ignoring the dress code.

Early on June 4, Pori Moni, her former husband Tamim Hasan and two private television journalists entered a club in Gulshan. After entering the club, they wanted to use its bar, but bar boy Jalal disagreed with them. Being angered, Pori Moni slapped him.

As the employees and officials of the club protested her misbehaviour, she phoned Gulshan police. Coming to the club, the Gulshan police pacified Pori Moni and sent her to her residence.

Clubs have to be closed after 11:00pm as per the rules but Pori Moni violated the rules every time she went there, some officers said.

A businessman of Banani said the actress used the names of senior police officers in any circumstance.

Sources said she took away expensive and renowned branded wine from the clubs.

A police officer said Pori Moni has relations with members of elite clubs. She goes to the bars of five-star hotels.