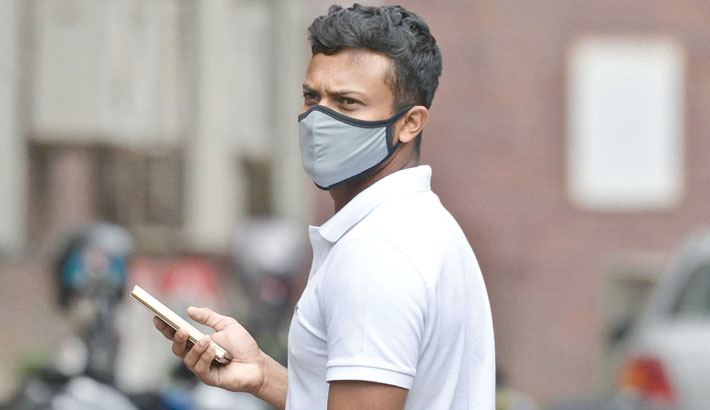 All-rounder Shakib Al Hasan is unlikely to be available for Mohammedan Sporting Club in the Super League matches of the ongoing Bangabandhu Dhaka Premier Division T20 League as he is expected to leave for the USA soon.

According to sources, Shakib will leave for the USA to be with his family and he will later join Bangladesh team in Zimbabwe, where they will face the hosts in a full-fledged series.

Mohammedan earlier on Wednesday confirmed their place in the six-team Super League after beating Khelaghar Samaj Kallyan Samity in the super over during their 10th round match at the BKSP-4.

Masuduzzaman, MSC cricket committee chairman, informed The Daily Sun that they will decide on whether they will allow him to skip the tournament during Super League soon.

“We will sit tonight (June 16) and hopefully make a decision,” he said on Wednesday.

“Look he is away from his family for three-four months so we have to take everything into consideration before deciding because you have to understand that it is quite tough to stay away from family for a substantial amount of time for anyone let alone Shakib,” he added.

Meanwhile, Shakib came to Bangladesh Cricket Board office on Wednesday to give his second corona test and subject to clearance he is expected to join his MSC teammates in the hotel to play their last game of the first phase today.

Shakib became eligible to take part in the league after he served a three-match ban imposed by BCB for his misbehaviour with the umpires during a match against Abahani Limited for which he was also fined Tk five lakh.

Shakib left the hotel on June 12 after he was sanctioned by the board and Cricket Committee of Dhaka Metropolis.

During the break, Shakib signed an agreement with AE-Reliable Consultancy to be their brand ambassador for the next two years as he will be the face of the company in different education fairs and promote education as well as higher studies.