The film to hit the theatres June 25 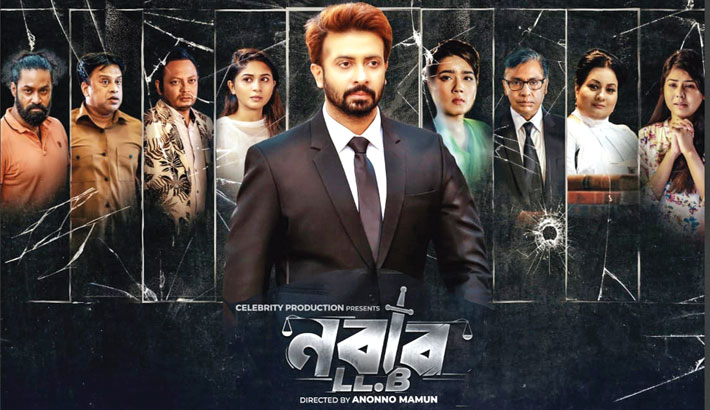 Putting an end to all the hypes and speculations, Anonno Mamun-directed film Nababa LLB has finally got the censor certificate.

Bangladesh Film Censor Board gave the censor certificate to the film on Tuesday after deducting 9.43 minutes from the movie.

Director Anonno Mamun said, “The film Nabab LLB got censor certificate with a little correction on Tuesday. Now, we have no bar to release the movie on theatres. We will release ‘Nabab LLB’ on June 25. Popular actors Shakib Khan and Mahiya Mahi will play the lead roles in the film. I hope the audience will enjoy the movie.”

Nabab LLB is a legal drama film. The film directed, story and screenplay by Anonno Mamun and produced by Azmat Hossain under the banner of Celebrity Production. It is a court room drama based on rape and violence against women. The film depicts the story of raped women protesting for their rights through social protests and judicial system.