Nasir to be expelled if found guilty: JP 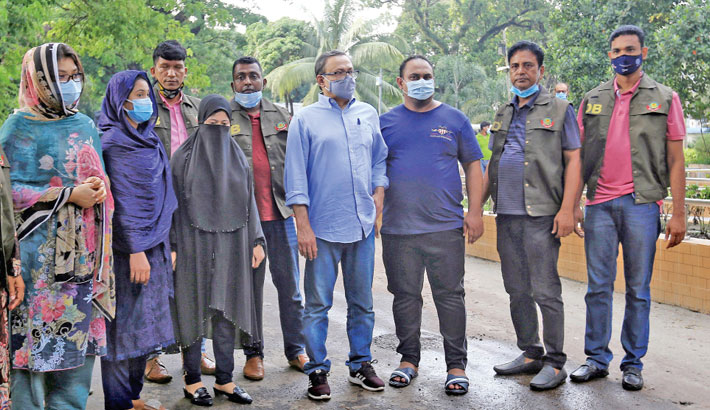 Businessman Nasir U Mahmud (third from right) is seen standing with members of the Detective Branch (DB) of police after they were arrested on Monday on charges of the attempted rape and murder brought by actress Pori Moni. Detectives also arrested four others with Nasir from a house in the capital’s Uttara Residential Area. SUN photo

Jatiya Party (JP) will expel its presidium member Nasir U Mahmood from the party if he is found guilty in the case filed over the alleged attempted rape and murder of actress Pori Moni.

The party will hold a meeting immediately to take action against Nasir in the interim period, Jatiya Party Chairman GM Quader, also deputy leader of the opposition in parliament, told newsmen on Monday.

They were arrested from Uttara area of the capital on Monday, police said.