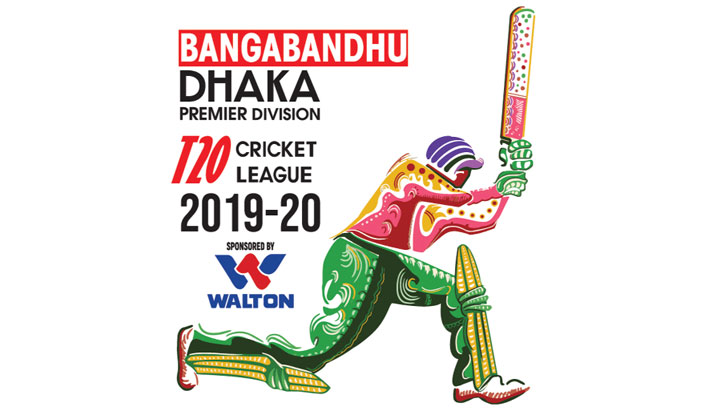 Prime Bank Cricket Club became the first team to confirm their super league berth after they beat Old DOHS by 22 runs in their ninth round match of the ongoing Bangabandhu Dhaka Premier Division T20 League at the BKSP-3 on Monday.

Prime Doleshwar Sporting Club, Abahani Limited and Gazi Group Cricketers also all but confirmed their entry in the next round after winning their respective matches on the same day while Mohammedan Sporting Club and Brothers Union had to share point after rain forced the match to end without a result at the BKSP-4.

Prime Bank scored 147-7 thanks to Rony Talukdar’s 54-run innings before pacer Shoriful Islam claimed 3-23 to bowl out Old DOHS for 125 runs to complete their seventh win in the meet.

Munim Shahriar struck 74 off 40 balls, his second successive fifty in the league while Najmul Hossain made 65 not out as Abahani Limited crushed Sheikh Jamal Dhanmondi Club by 49 runs in Dhaka. Sheikh Jamal could make 98-8 chasing a revised target of 148 runs in 13 overs after Abahani made 181-4 in 20 overs.

Gazi Group handed Partex Sporting Club their ninth consecutive defeat after beating them by nine wickets in D/L Method at the BKSP-3 and moved to fourth place in the points table.

Prime Doleshwar defeated Legends of Rupganj by 14 runs in a low-scoring match at the BKSP-4 while Shinepukur Cricket Club earned their third win beating Khelaghar Samaj Kallyan Samity by 15 runs in Dhaka.