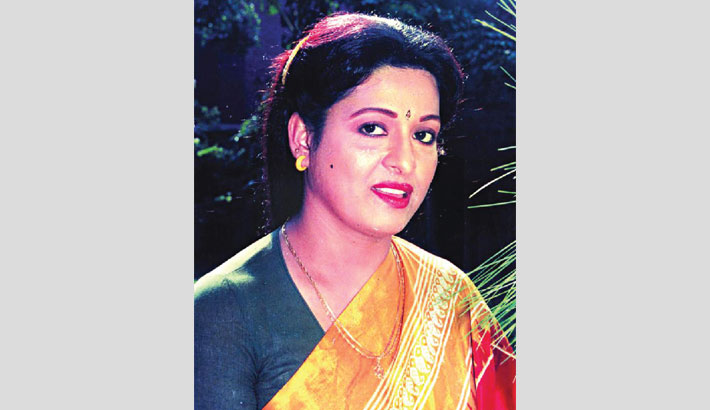 Today is the 69th birthday of renowned actress Shabana. The ten-time National Film Award-winning actress who won the hearts of millions by her fabulous acting style was born as Afroza Sultana Ratna in Chattogram in 1952.

Shabana began her career in the 60s as a child artiste. In 1967, she made her debut as a lead actor in the film ‘Chakori’ opposite Pakistani artiste Nadim. The hit film was directed by eminent filmmaker Ehtesham.

The actress has worked with the almost all actors of her time, including, Razzak, Farooque, Jashim and Alamgir. Shabana and Alamgir are considered one of the most popular silver screen pairs till date. Throughout her three-decade career, she appeared in 299 films among which, she co-starred with Alamgir in 130 of them.

Shabana was last seen in the 1997 film ‘Ghore Ghore Juddho’. In 2000, she settled permanently in the US.

SS Productions, Shabana's production house that she formed in partnership with her husband, Wahid Sadique, has produced several excellent films. The film, ‘Matir Ghor’, starring Shabana opposite Razzak, was her first venture into production.