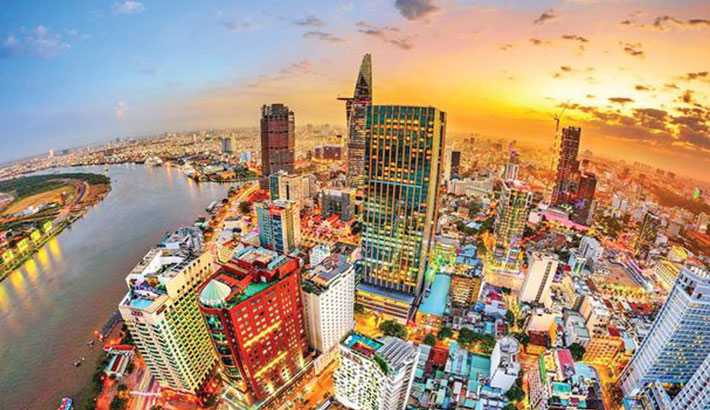 HANOI: The fourth outbreak of coronavirus has led to the sharpest rise in the number of COVID-19 cases since the pandemic broke out in Vietnam last year, pushing the government to implement tougher mobility measures, including in main urban center and a few industrial zones.

In May, industrial production exhibited high resilience by expanding by 1.6 per cent on-month but retail sales dropped by 3.1 per cent as they were affected by social distancing and shop closures. Vietnam’s external position slightly eroded in May with a decline in merchandise exports and foreign direct investment (FDI) commitments, down 6.7 and 20 per cent, respectively, compared to April, report agencies.

Yet, during the first five months of 2021, the values of merchandise exports and imports were the highest ever recorded by Vietnam, up 29.1 and 35.4 per cent, respectively, compared to the same period in 2020.

This remarkable performance reflected robust growth in exports of computers and electronics, and machinery and equipment. It also reflected strong recovery in exports of phones, textiles and garment, and footwear, which increased 19.5, 16.1, and 27.0 per cent on-year, respectively, in the first five months of 2021. This broad-based growth was driven by strong demand from the US and China as well as recovering demand from the EU, ASEAN, South Korea, and Japan.

Vietnam attracted $1.7 billion of FDI in May 2021, a 20 per cent decline on-month. This lower commitment might reflect seasonal factors but also the prudence of foreign investors because of the ongoing outbreak. Over the first five months of 2021, FDI commitments reached a total of $14 billion, comparable to the same period last year.

While the economy appears to have fared relatively well in light of the fourth outbreak, several signs suggest a slowdown in economic activity if the pandemic is not contained in the short term. Most mobility indicators, especially in major urban centers, have already declined sharply and some pressures have emerged on the value chains of strategic sectors (electronics and construction).

The country’s external position may have also eroded slightly, with a decline in merchandise exports and lower FDI commitments. These developments will require close monitoring in the next few weeks. On the positive side, the government has consolidated its fiscal space so it can consider switching to a more accommodative fiscal stance by providing supports to affected households and businesses as well as accelerating the execution of public investment programmes to bolster domestic demand.