BNP out to cover up Mar mayhem: Hasan 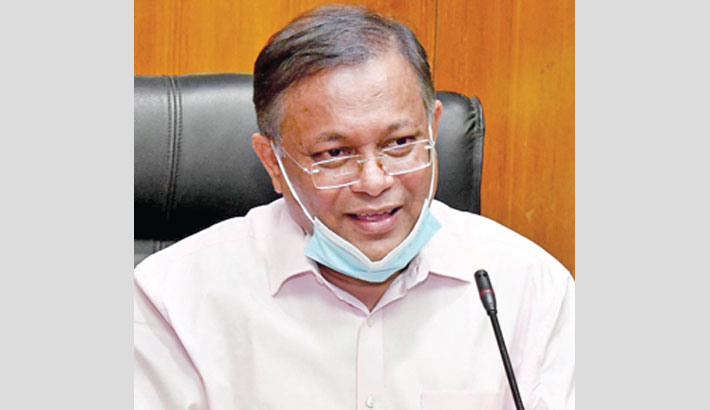 Information and Broadcasting Minister Dr Hasan Mahmud briefs reporters at the seminar room of the Secretariat on Sunday. —SUN PHOTO

Information and Broadcasting Minister Dr Hasan Mahmud on Sunday said Bangladesh Nationalist Party (BNP) is spreading propaganda to cover up the mayhem caused by the party and Jamaat-e-Islami in the guise of Hefazat-e-Islam.

“Denying the involvement of BNP and Jamaat in the mayhem caused apparently by Hefazat-e-Islam during the 50th anniversary of independence and trying to put the blame on others are the routine works of the BNP secretary general,” he said.

Hasan, also the joint general secretary of the Awami League, made the statement while addressing a press briefing on contemporary issues at his secretariat office in the capital.

The minister said he wouldn’t be astonished if the BNP put blame on Awami League for Khaleda Zia’s coronavirus infection.

The remark of AL spokesperson came up after the BNP secretary general Mirza Fakhrul Islam Alamgir said the mayhem in March was planned by the Awami League.

On March 25-28 last, religious bigots carried out violence and vandalism across the country over the visit of Indian Prime Minister Narendra Modi to Bangladesh marking the golden jubilee of the country’s independence and birth centenary celebration of Father of the Nation Bangabandhu Sheikh Mujibur Rahman.

Referring to the mayhem in Chattogram, Brahmanbaria and Dhaka, Hasan said there are video footages of those who carried out the mayhem.

“Culprits have been brought to book and they have already given confessional statements also,” he said.

The minister said the statement of Mirza Fakhrul proved that they took part actively in the mayhem and now they (BNP) are denying their involvement in the incident. Such heinous lie is never desirable from a senior politician.

Hasan said they (BNP) could have condemned the mayhem. But presently, they are trying to fuel the incident through lying, he added.