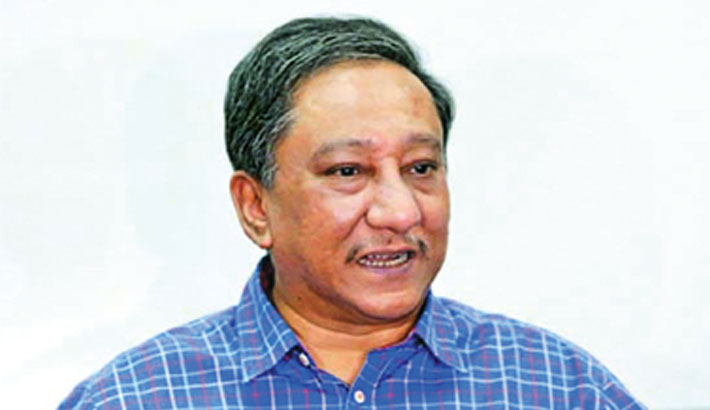 Bangladesh Cricket Board president Nazmul Hasan Papon said that they are disappointed with the way Shakib Al Hasan behaved with the umpires in a recent Bangabandhu Dhaka Premier Division T20 Cricket League match at the Sher-e-Bangla National Stadium in the capital.

BCB on Saturday handed Shakib a three-match ban and also fined Tk five lakh following his brawls with umpires during the match that created widespread criticism.

MSC skipper Shakib lost his temper and behaved rudely with on-field umpires on two occasions during their match against arch-rival Abahani Limited on Friday.

The first incident took place when his LBW appeal against Mushfiqur Rahim was turned down by umpire Imran Parvez and he furiously kicked the stumps and engaged in a heated conversation with the umpire.

In the following over he lost his cool again as he uprooted the stump out of despair and even tried to fix the stump in the opposite direction after umpires called to bring the covers on due to rain.

Shakib also gestured indecently pointing towards Abahani’s dressing room while returning back from the field after the game was stopped due to rain.

Abahani coach Khaled Mahmud, who is also a director of BCB, was seen coming furiously towards him at that point but it didn’t turn ugly as batsman Shamsur Rahman came in between to cool things down.

“I am receiving calls from all over the world as the incident is spread across the globe and at times I am not even receiving phone calls because it is highly embarrassing,” Nazmul was quoted in a private TV channel.

“I think there is no point of playing this domestic cricket unless we can solve this problem because it has crossed every barrier,” he said.

“If this is the case than I am not interested to play domestic cricket because people say that everything is fixed and predetermined. Than what is the point in playing this game,” he said.

“Let’s stop the game and get a solution. Because we are spending around 10 Lakh USD (BDT Eight Crore) extra to host this tournament but what is the point,” he said.

Nazmul added that though there were several complaints by the clubs' none complained in written form that can be taken into account.

“They cannot show me anything because no one complains. If you don’t complain than against whom can we take action? Still I have said that keep records. It’s not like someone will complain and we will give punishment,” he concluded.