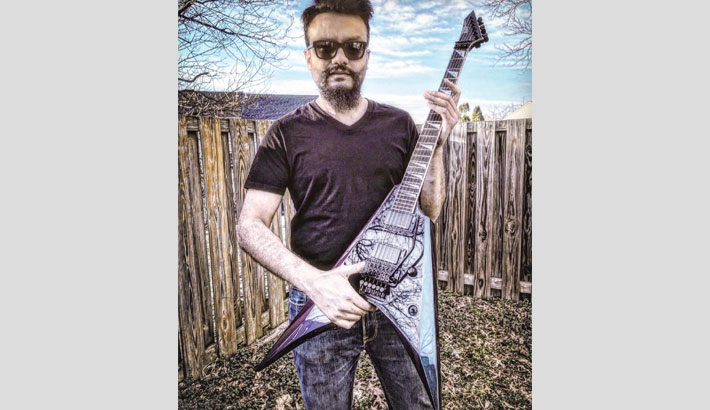 This single is a sequel to VIBE’s popular number ‘Obak Shob Shopno’. Shuddho is joined by   Tanvir Tomal on drums. Tomal was a founding member of Clover Mind and was one of the masterminds behind Tantrik (which got later renamed to Artcell). He is currently playing with bands like Screaming Monkeys, Jotil and Shumaun in USA.

“It’s been surreal getting back to writing music. 13years  ago, I  had  traded  in  my passion and dreams  and  moved  to  Virginia  to further  my  education, and before  I  even  knew  it, I got  busy chasing the American Dream. I always thought I would get back to doing music someday, but little did I know my destiny had something else in store for me”, added Sadi.

Shuddho currently resides in USA and works as a Robotics Automation Engineer fora Fortune 100 Company in USA. Through his song ‘Porajito Bir’, Shuddho has tried to illustrate the reality of what it’s like to live by strong values in today’s world.

The VIBE frontman also revealed that his new number ‘Nirob Michile’ (translated: in silent procession) is scheduled to be released on June 15 on all major streaming platforms worldwide.