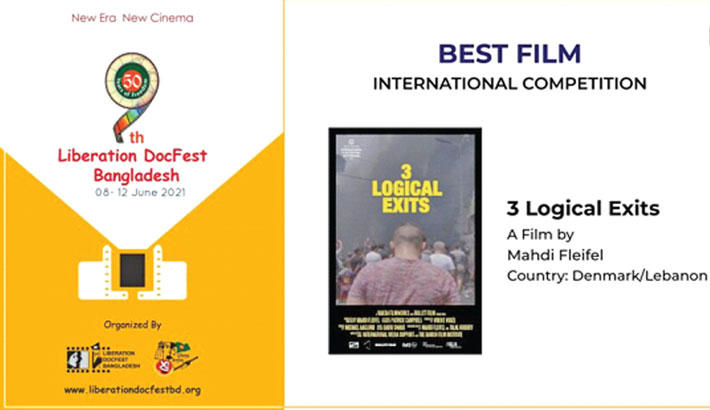 The five-day festival, which has drawn a tremendous response and participation from film enthusiasts around the world by providing a breathing space for all amid the coronavirus pandemic for the second year in a row, also crowned the film ‘Why Not’ in the National Competition section, directed by Shekh Al Mamun.

Concluding the 9th Liberation DocFest-2020, Trustee of Liberation war Museum Mofidul Hoque thanked all participating filmmakers, organisers and volunteers who came with utmost determination to organize another successful DocFest, narrating the stories of freedom and independence at their level best.

Special Jury Mention in the International Competition category for this year's festival was announced by Jury member Emmanuel Moonchil Park for ‘Home, and a Distant Archive’, directed by Dorothy Cheung.

She is a filmmaker and artist, currently based in Hong Kong.