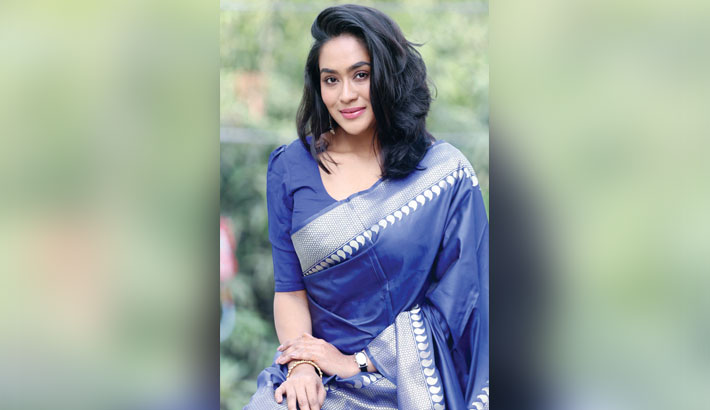 National Film Award-winning actress Zakia Bari Mamo has made a mark in the media industry through her acting prowess. She has been seen acting in different types of characters on the small as well as on the big screen. The versatile actress will now be seen as a housemaid in the drama serial ‘Griho Golpo’.

The eight-episode serial has been written by Masum Reza while Goutam Koiri has directed it. The serial depicts the happiness, sorrow and struggling stories of housemaids. The first episode of ‘Griho Golpo’ will be aired on Channel i at 7:45pm tomorrow.

Alongside Mamo, noted actors Sharmili Ahmed, Manosh Bandyopadhyay and others will be seen in the serial.

About Mamo’s acting Sharmili Ahmed said, “Mamo is undoubtedly a talented actress. She has portrayed the housemaid’s character perfectly in ‘Griho Golpo’. I’m very much optimistic about the drama.”

Manosh Bandyopadhyay also said, “Mamo brings out the character wonderfully. I’m amused by her acting in the serial. I hope the audience will like the drama.”

Mamo came into the limelight with the beauty pageant ‘Lux Channel i Superstar’ in 2006. Since then, she has appeared in many television fictions and films. She won the National Film Award for her role in ‘Daruchini Dwip’ in 2007.

On the other hand, Mamo starrer web series ‘Bilaap’ is currently streaming on an OTT platform. In the series she stars alongside Sabnam Faria, Runa Khan, Shariful Razz, and others. Her latest film, ‘Sphulingo’ directed by Tauquir Ahmed was released on March 19 this year.