Let Us Be Free from Corona Captivity 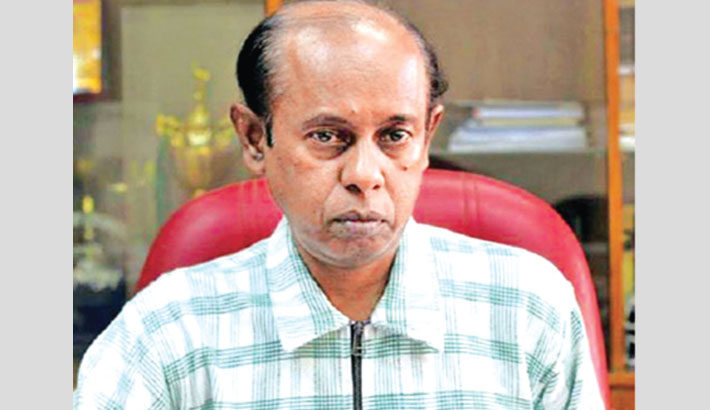 Europeans have no new moon or full moon, sankranti or pitha festival. Even their new year does not begin in the month of Baishakh. Not only Europeans, Chinese, Japanese, Americans do not bother about tithi (lunar day) or movement of stars. This craze is found only in Bangladesh and Indian states of West Bengal, Tripura and Assam. Keeping others aside, who else has a headache about Bengali year except Bengalees? Even many Bengalees are not so much concerned about it. A handful of Bengalees still look for Bengali era. Tithi-nakshatra is also needed for marriage, annaprasan of Bengalee Hindus (though not all). Surprisingly, Bengali calendar and almanac are still used. Practice of printing Bengali dates regularly in Bengali and English newspapers still continues.

For reformation of Bengali calendar a committee headed by renowned linguist Dr. Md. Shahidullah was formed by Bangla Academy in 1966. Its recommendation was approved by the Government of Bangladesh in 1987. Since then calculation of Bengali months is - first six months (Baishakh - Aswin) 31 days, next six months (Kartik – Chaitra except 29 days in Falgun) 30 days, total 365 days. Traditional calendar is followed in West Bengal where some months contain 32 days (e.g. Jyaistha 1422, 1423 and 1426, Asadh 1425 and 1428, Sravan 1427). For this reason date of Bengali New Year differs in Bangladesh and West Bengal. In this year the date was 14th April in Bangladesh whereas 15th April in West Bengal. There is a wide difference between solar and optical theory. Bengali calendars and almanacs of Bangladesh and West Bengal also differ. Despite confusion and difference Bengali calendar is still printed. However, emotion of Baishakh is different. The beginning of Bengali New Year is still a celebration of heart for Bengalees.

Dating back 60-65 years there was not much flow of cash in the hands of common people. It was almost customary to buy essentials from neighbouring shops or known businessmen on credit. After getting salary or earning in any way, head of the family repaid the price at the end of the month. This practice still prevails in many places. Selling goods on credit continues in big business also but that is a different issue. For many middle or lower middle class families this is a long time trend.

Bengali New Year’s day is also the day of halkhata, i.e. opening a new ledger replacing the old one. The custom was to settle all debts of the earlier year at the beginning of New Year and start a new account. Even with a little hardship guardians tried to repay the balance on that day. On halkhata day (New Year's Day was not used then) sales remain closed, just entertaining guests. Traditionally, rose water was sprinkled on guests and they paid up their arrears. At that time there was no packet system. Sitting inside the shop the guests ate sweets with satisfaction.

Nowadays mothers frequently regret that despite plenty of arrangements of milk, eggs, fruits, cereals, nutrition their children are reluctant to eat but we were born within hunger. At childhood we had no discrimination about food but it does not mean that our parents did not feed us. Although there was no variety, there was necessary arrangement of home-made foods like chira (flattened rice), muri (parched rice), milk, banana, khai (toasted rice), treacle etc. Biscuit or chocolate was normally a luxury for common people. A red stick lozenge was a great pleasure. Noodles, candy, chips, burger, fruit juice, corn flakes, oats, custard etc. were unknown.

Believer or atheist, everybody is more or less fatalist. Destiny means which is not visible i.e. I do not know what will happen to me after a minute and this uncertainty has made life liveable. If everything in life can be known beforehand then life would be a mess. That's why when New Year comes we suddenly think that it will be a little better. Due to weakness of mind many people look at the horoscope in almanac or newspaper or indulge in various illusory day dreams in their minds subconsciously. Arrival of New Year shows most of us the temptation of better possibility. New Year means something new, something different, something better but in reality it rarely happens. Yet that is the nature of our weak mind to store dreams within our bosom.

As a regular practice almanac foretells individual, national and international situation of every year. Amid corona infection and other difficulties, with relentless and sincere efforts of head of the government, overall development activities will continue. Due to absence of opposition party, government will dominate every sector.

1428 is already two months’ old. The world is a little older. We also. To the pessimists it is nothing more than a regular and normal matter. For many others new year means opening doors of better possibilities, a sign of new inspiration, new promise. Pahela (1st) Baishakh is the biggest secular national and social festival in Bangladesh. It is an official holiday, a good time for traders, a day of countrywide celebration but due to corona pandemic it could not be celebrated properly in this year and in earlier year. We could not joyfully sing - come o Baishakh. In daily life we hardly need Bengali year and date but observation of 1st Baishakh reminds us that we are Bengalees. That’s our original identity.

There is no way to forget that for more than a year we are held hostage by an almost invisible enemy. Its autocratic rule has crippled our movement, social life, economy, education, love, romance, marriage and everything. A tiny germ has imprisoned the whole world. Its brute dominance is still irresistible. Under such a situation advent of 1428 undoubtedly could not ignite us. Question naturally arises - how long this will continue but there is no answer. Horrifying second wave of infection has exceeded earlier record. Mortality is on the rise; demand for ICU, ventilators and oxygen is increasing. On this terrible backdrop we had to welcome 1428 virtually, being confined to four walls. Let 1428 be the healer of corona; let us be free from constant captivity. 1428 will sweep away all filths of earlier year and give our normal days back. We pray for nothing more.