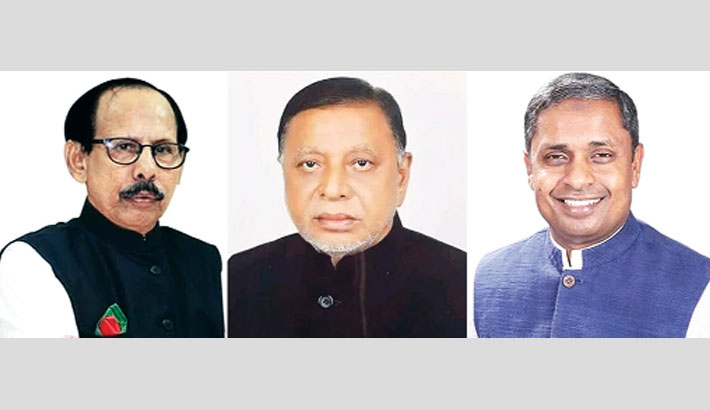 Awami League president and Prime Minister Sheikh Hasina on Saturday directed the central leaders to resolve the intra-party conflicts immediately for the sake of the party.

She made the directive during a meeting of the Awami League Parliamentary Nomination Board, held at her official residence Ganabhaban.

“Take a move to resolve the conflicts between the presidents and general secretaries of the districts and upazilas,” said a leader quoting the premier as saying at the meeting.

The AL leader, wishing not to be named, said the party president asked them to summon the leaders of those units in where intra-party conflicts had been persisting.

Meeting sources said that Sheikh Hasina expressed her resentment over the conflicts between the president and general secretary of Faridpur district unit Awami League.

Party insiders said that the dispute between Faridpur district unit president Subal Saha and general secretary Syed Masud Hossain had been persisting for a long time. Sheikh Hasina directed the AL general secretary Obaidul Quader to dissolve the committee, if necessary, if the leaders of the unit fail to be united.

She also asked to dissolve two more bodies of the district due to intra-party conflicts, sources said.

The party president also asked the central leaders who had been given charges to look after the division-wise units, to start organisational activities to revamp the party activities, they said.

The meeting also picked up its candidates for contesting the by-elections to Dhaka-14, Sylhet-3 and Cumilla-5 constituencies of Parliament.

As per the decision of the meeting, Aga Khan Mintu, president of Shah Ali Thana unit of AL, will contest the by-polls in Dhaka-14 constituency, said a press release signed by the AL office secretary Barrister Biplob Barua.

The Election Commission will hold the by-elections to the three parliamentary constituencies -- Dhaka-14, Cumilla-5 and Sylhet-3 --on July 28.