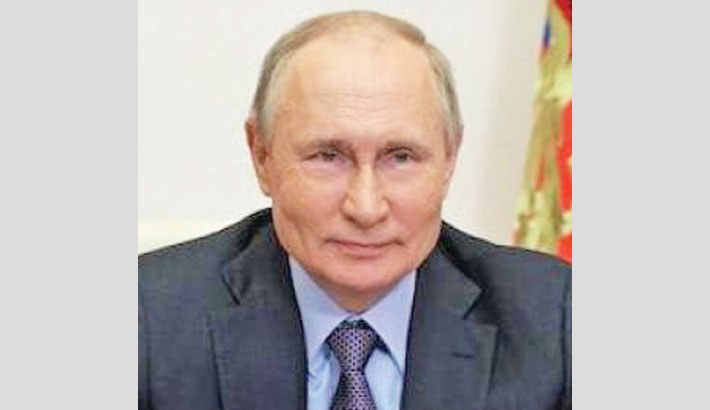 WASHINGTON: Russian President Vladimir Putin voiced hope on Friday that US President Joe Biden will be less impulsive than his predecessor Donald Trump, ahead of his first summit with the new US leader, reports AFP.

In an interview with NBC News, Putin described Biden as a “career man” who has spent his life in politics.

Though he described relations with the United States as having “deteriorated to its lowest point in recent years,” Putin said he expects he can work with Biden.

“It is my great hope that, yes, there are some advantages, some disadvantages, but there will not be any impulse-based movements on behalf of the sitting US president,” he said, according to a translation by NBC News.

“I believe that former US president Trump is an extraordinary individual, talented individual... He is a colorful individual. You may like him or not. But he didn’t come from the US establishment,” Putin was quoted as saying.

Biden plans to raise a range of US complaints, including over purported Russian election interference and hacking, in the summit with Putin on Wednesday in Geneva at the end of the new president’s first foreign trip.

Putin has openly admitted that in the 2016 vote he supported Trump, who had voiced admiration for the Russian leader. At their first summit, Trump infamously appeared to accept Putin’s denials of election interference.

Biden has said he is under no illusions about Putin and has described him as “a killer” in light of a series of high-profile deaths including of Kremlin critic Boris Nemtsov.

Asked directly if he is “a killer,” Putin chuckled but did not give a yes or no answer.

“Over my tenure, I’ve gotten used to attacks from all kinds of angles and from all kinds of areas under all kinds of pretext and reasons and of different caliber and fierceness, and none of it surprises me,” he said, adding that the term “killer” was a “macho” term common in Hollywood.

Putin also dismissed as “fake news” a report in the Washington Post that Russia is planning to supply Iran with an advanced satellite system that would allow it to track potential military targets.

“At the very least, I don’t know anything about this kind of thing,” the Russian leader said, speaking from the Kremlin. “It’s just nonsense garbage.”

According to interviewer Keir Simmons, Putin also denied any knowledge of cyberattacks on the United States, and called on Biden to strike a deal with Russia on cyberspace.