Action plan in the making 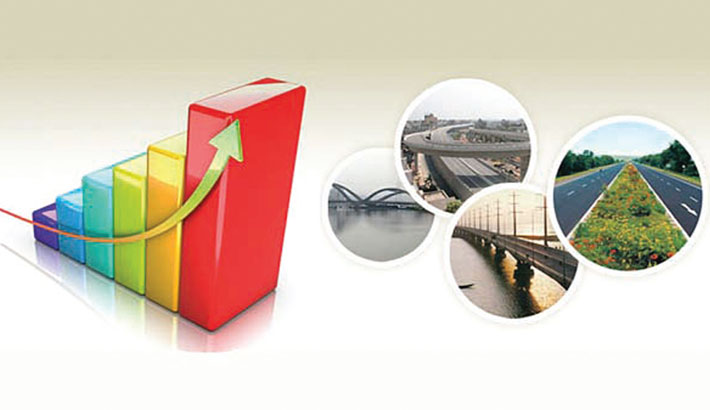 The government is preparing an action plan that will focus on helping the businesses to be more competitive in exports to face the new challenges after its graduation to a developing economy.

The plan, being prepared by the Economic  Relations  Division, will include the strategies in the 8th Five Year Plan.

According to a budgetary document, the government will continue to provide all possible policy supports to businesses and provide new forms of assistance as needed, reports UNB.

The government has taken multiple steps to increase the overall competitiveness of the country’s trade and commerce to survive in the international market by competing with products from other countries, according to the document.

Bangladesh will have at least five years to deal with the challenges of transitioning from a least developed country to a developing country.

According to the United Nations Capital Development Fund (UNCDP) recommendation, Bangladesh’s transition will be effective in 2026. It means until 2026, Bangladesh will be able to enjoy all these benefits applicable to LDCs.

However, under the current rules, Bangladesh will be able to enjoy duty- and quota-free market access for another three years, i.e. until 2029, after entering the EU market. “During this period, traders in Bangladesh are expected to be able to improve their competitiveness in the international market,” Finance Minister AHM Mustafa Kamal said in his budget speech expressing his high hopes.

Meanwhile, the government has taken various steps to address the challenges that Bangladesh will face as a result of its graduation from an LDC.

The UNCDP upon the request of the government has recommended that against the backdrop of Covid-19 pandemic, the preparation period for the transition will be five years instead of three. During this period, that is, until 2026, all international facilities will continue.

The LDC Group of the World Trade Organization (WTO) has put forward a proposal to ensure that all trade facilities pertaining to LDCs remain in force for another 12 years after transition. The document said that the government has already taken steps to avail of the advantage of GSP+ in EU countries after the graduation.

Bangladesh on December 6, 2020 signed its maiden Preferential Trade Agreement (PTA) with Bhutan to boost bilateral trade between the two countries.

Meanwhile, Bangladesh and Sri Lanka have agreed to sign a Preferential Trade Agreement (PTA) allowing duty-free access to a range of goods between the two countries and thus boost bilateral trade further.

Initiatives have already been taken to sign preferential trade agreements 11 other countries. The government has taken effective steps to improve its ranking in the Ease of Doing Business Index to increase the flow of foreign direct investment (FDI).

The benefits of these steps are becoming evident, the document reads.

On the other hand, the government has already taken steps to set up 100 special economic zones, high-tech parks for technological advancement and implementation of various mega projects including the Padma Bridge, which will help create new jobs and increase national income.

The government is also in negotiations with development partners, trade partners and relevant international organizations to make sure that some important international facilities remain available event after the graduation.